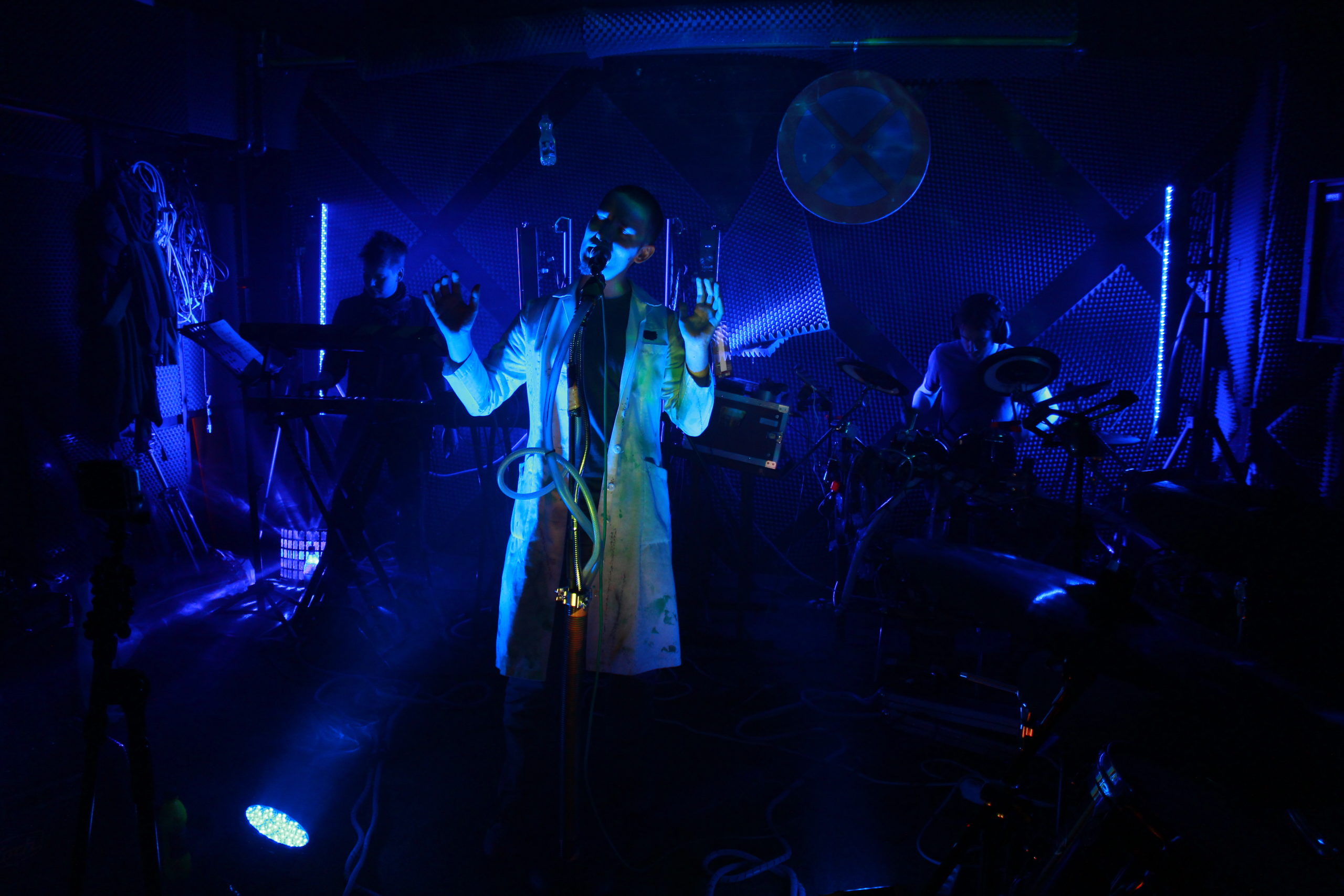 Step outside was one of the first songs to get written for Override. The lyric is about stepping outside of a stale relationship to taste a forbidden affair. But whenever I think about this song, I feel that it’s about actually getting out, breathing fresh air, getting inspired by your surroundings. I have specific forests, parks and abandoned places in mind, when I sing this song. Cold light of the spring sun is the visual equivalent of this song.

While it may be wrong, there’s something very liberating about crossing the borders of a broken relationship. Today I’m loyal, and take one relationship at a time, but it wasn’t always like that. There was a time when I didn’t have the courage to end a relationship, but still wanted to experience the thrill of a new crush. Such affairs never end well, but for that brief moment, it can remind you of how it feels to be constantly inspired by someone. To be foolishly in love again, and to care about someone else so much that you’re willing to do pretty much anything just to spend some time with your (secret) partner. To go through that first dance, which involves a lot of convincing and exploration. To feel the seduction of the unknown.

The chorus lyrics, as often happens, were mostly improvised. They just sounded good, so I was afraid of changing them too much. I’m sure that there are many songs of the same title, and I’m usually against reusing titles, but there was no point in giving the song some absurd name. I remember being a bit hesitant about the verse melody, as it revolves around just a few notes, but in hindsight I’m happy with it. A melody doesn’t always need to wander around, and if the verse is subtle enough, the chorus will have a greater impact. I use a non-chord note in the chorus, which is an unusual choice in a pop song, but I liked it quite a lot. And it’s good to have the lyrics and the form of the song speak the same language – that one note also steps outside of the chord’s suggested notes. One could say that it completes the chord, and makes it more interesting.

Stpe outside was the second single from Override, and we made a lyric video for the song. The goal was to have lyric videos for all of our songs, but it turned out to be a huge undertaking. In our usual manner, we always raise the bar so high that it becomes impossible to exceed it. This has happened many times before. Even though we’re a hard-working band, sometimes the perfectionism comes in the way of finishing things. I hope this to change eventually. It’s better to release stuff than to endlessly pursue perfection.

I still very much enjoy performing this song live, even though the production isn’t on par with our more recent songs. We do have such a talented live band (Ville and Daniel), that it makes up for the shortcomings in the backing track. This is a powerful song to sing, and I sometimes feel like I need to hear the lyrics myself – just to be reminded of the courage that is needed in order to enjoy life.