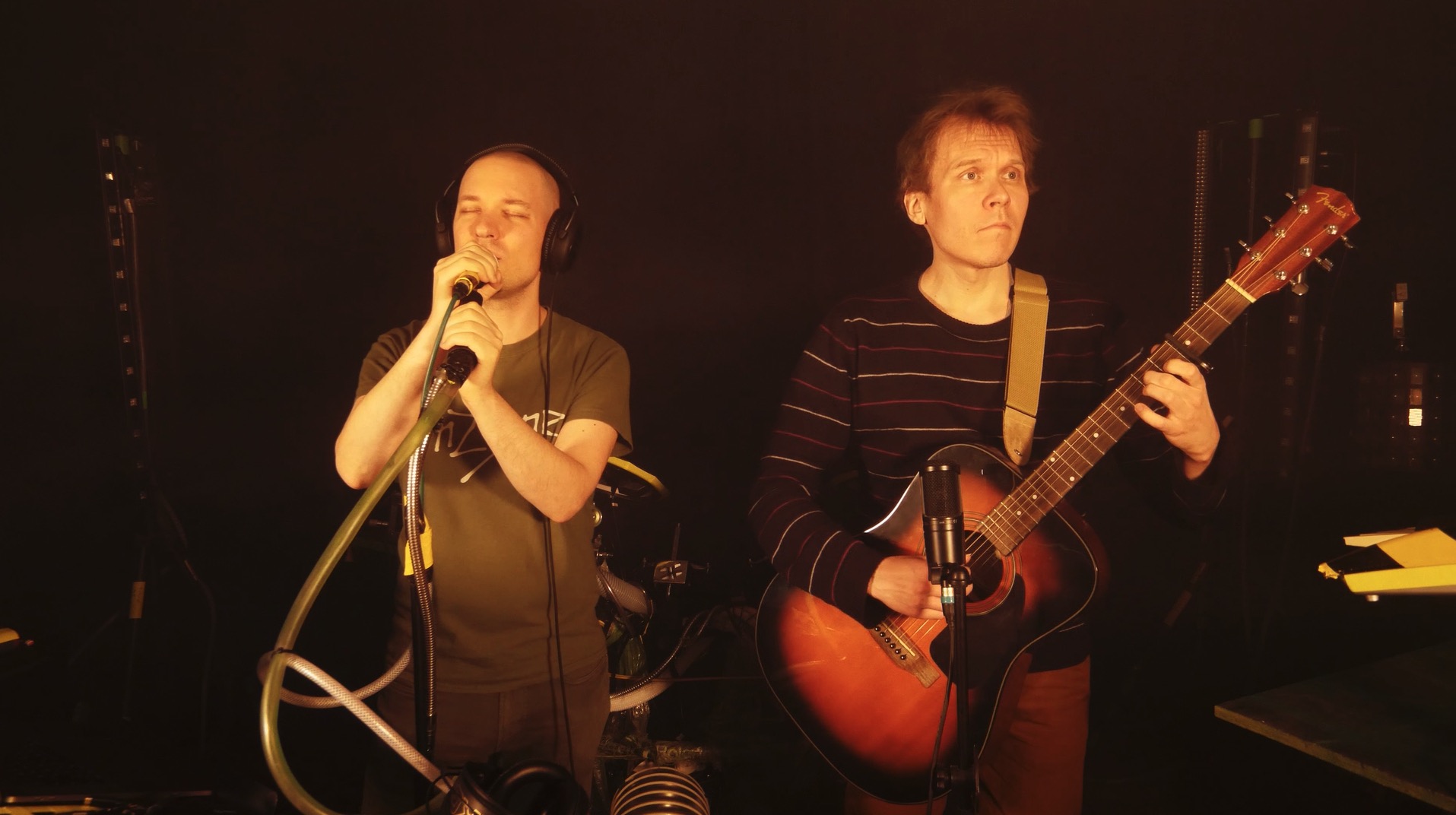 Ville is now busier than ever, finishing his thesis on CRISPR, so we can’t perform or rehearse like we normally do. This led us to think about alternative ways of working, one of which is to write new arrangements for old songs. We did a couple of new arrangements – an acoustic guitar arrangement of After years of ecstasy and a string arrangement of a new song, Harder to breathe.

“My friend Janne Malinen had been working on an acoustic arrangement of an old Unzyme song, After years of ecstasy. His arrangement sounded very nice, and I immediately thought that we should record that when the time would be right. In about a month or so, we met up in Jyväskylä, which is a special place for both of us, since we grew up in Jyväskylä. We spent some time exploring our former playgrounds and school yards, and decided to record this song while we were both in Jyväskylä. I’m not very used to performing with acoustic instruments, since we mostly play loud electronic pop music, so this was by no means a normal situation for me. But I think we did a pretty good job.”

The song seems to hold up nicely, even though it’s one of the oldest in the Unzyme book.