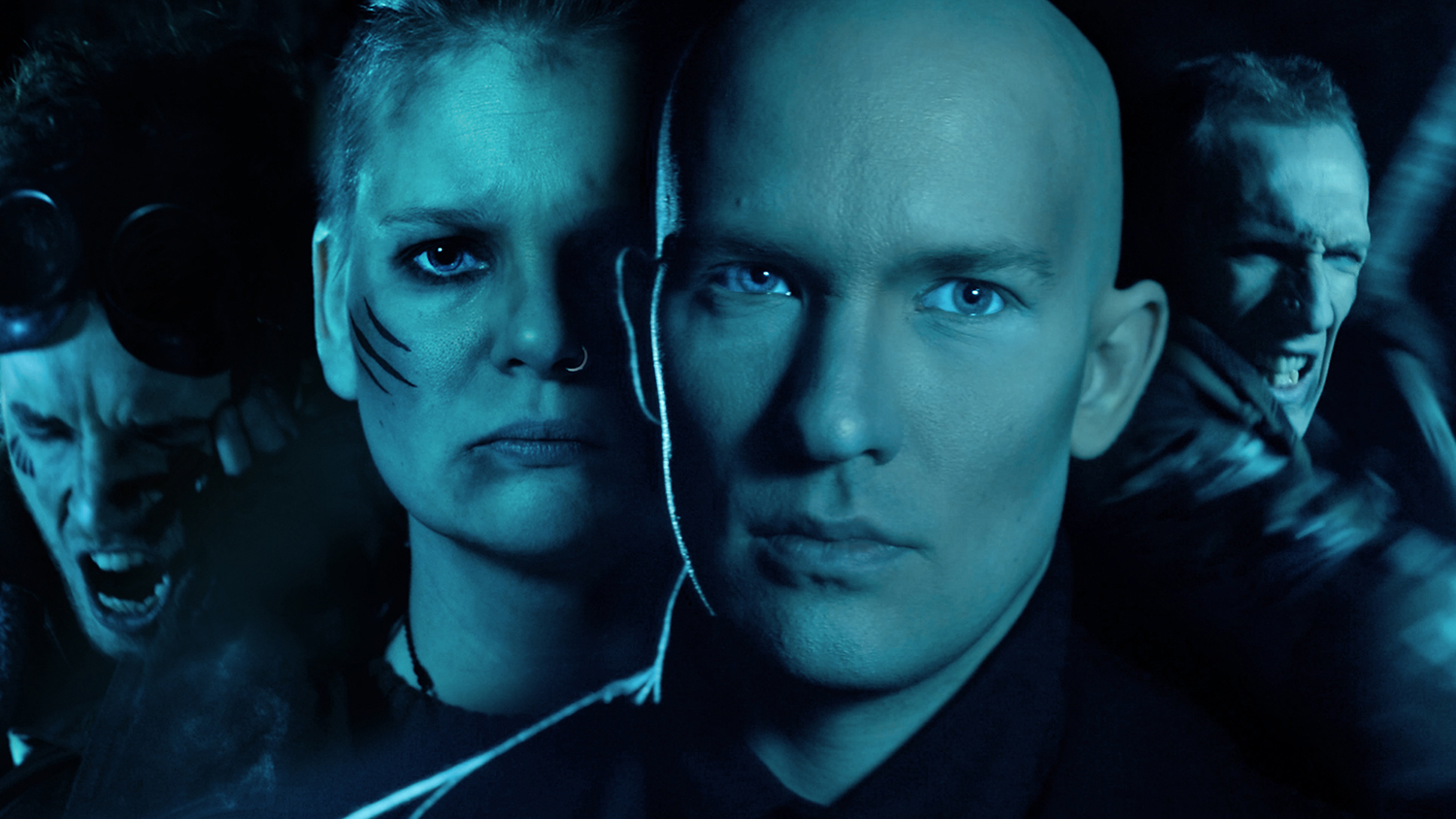 Extinction was our biggest and most ambitious music video production so far. It was shot at Tytyri Mine Experience in Lohja. Extinction is the fourth single from the upcoming album (out on May 20th).

The video was directed by Artur Kazmertsuk, who also edits the Unzyme Debriefing video blog series. Suvi Liukkonen took care of the production and Anniina Saari worked her magic on the clothing and make-up.

Pieces torn from another song

I had this old song draft, which had about two parts that I really liked, but the rest was crap. So I tore the good parts out of the song, and composed new parts to make it as awesome as I could. I usually compose by improvising a melody on top of an instrumental track. The lyrics tend not to be that great at first, and I sometimes work on them for weeks. This time the improvised lyrics stayed pretty much the same from the early demo to the final song. The idea was there straight from the beginning.

The “Becoming a Terminator” song

“Extinction” used to be called the “Becoming a Terminator” song, because it speaks about a cyborg’s frustration on the stupidity and self-destructiveness of humankind. Puny humans are better off dead, and ought to make way for a better version of themselves.

Musically the song ventures somewhere in the unknown backyards of The Prodigy and Coldplay. “Extinction” was co-produced by Lasse Turunen (Pihka ja myrsky, Ukkosmaine, Tero Hetero), who has produced the new album in its entirety.