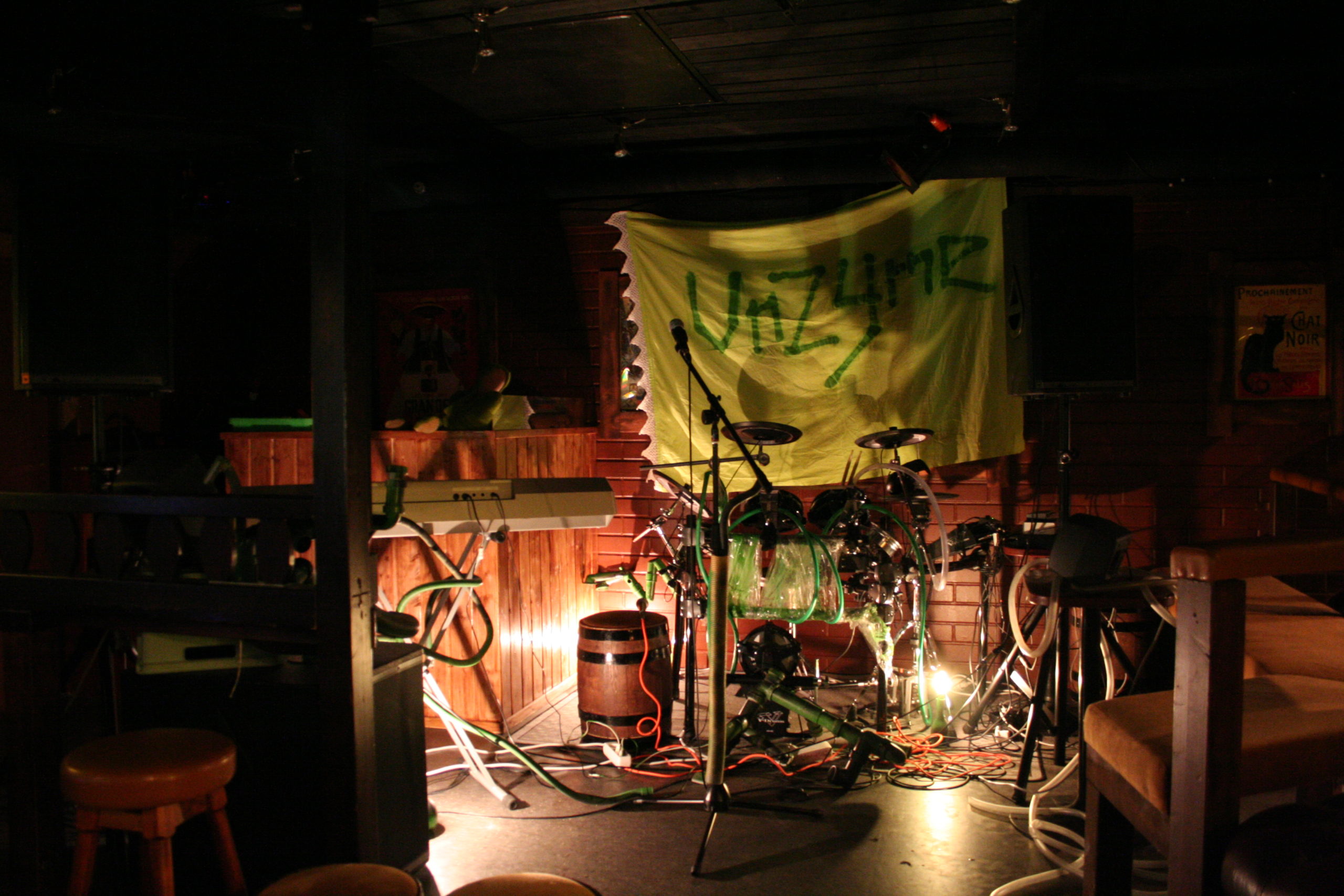 On December 9th we did a web-only broadcast of an experiment, during which a fan of us reminded of the lack of ambient light. The cameras (webcams especially) don’t perform well in darkness. Our solution was to resort to our old “lighting system” to get more ambient light. It’s kind of funny that our original lights (which cost about 4 euros a piece) were actually needed again. But on the other hand I think it’s great that there’s still use for those ancient lamps.

In the years 2009-2011 we had lots of plain lamps on the floor. Naturally they were painted to look cooler.

Since those early days we’ve liked to project the light from the floor level instead of over our heads. Partly because it’s easier that way, but mostly because it just looks very curious. We’ve even thought of having a complete illuminated light layer under us, but haven’t gotten around building one just yet.

The photographs were taken on the first day of 2010.