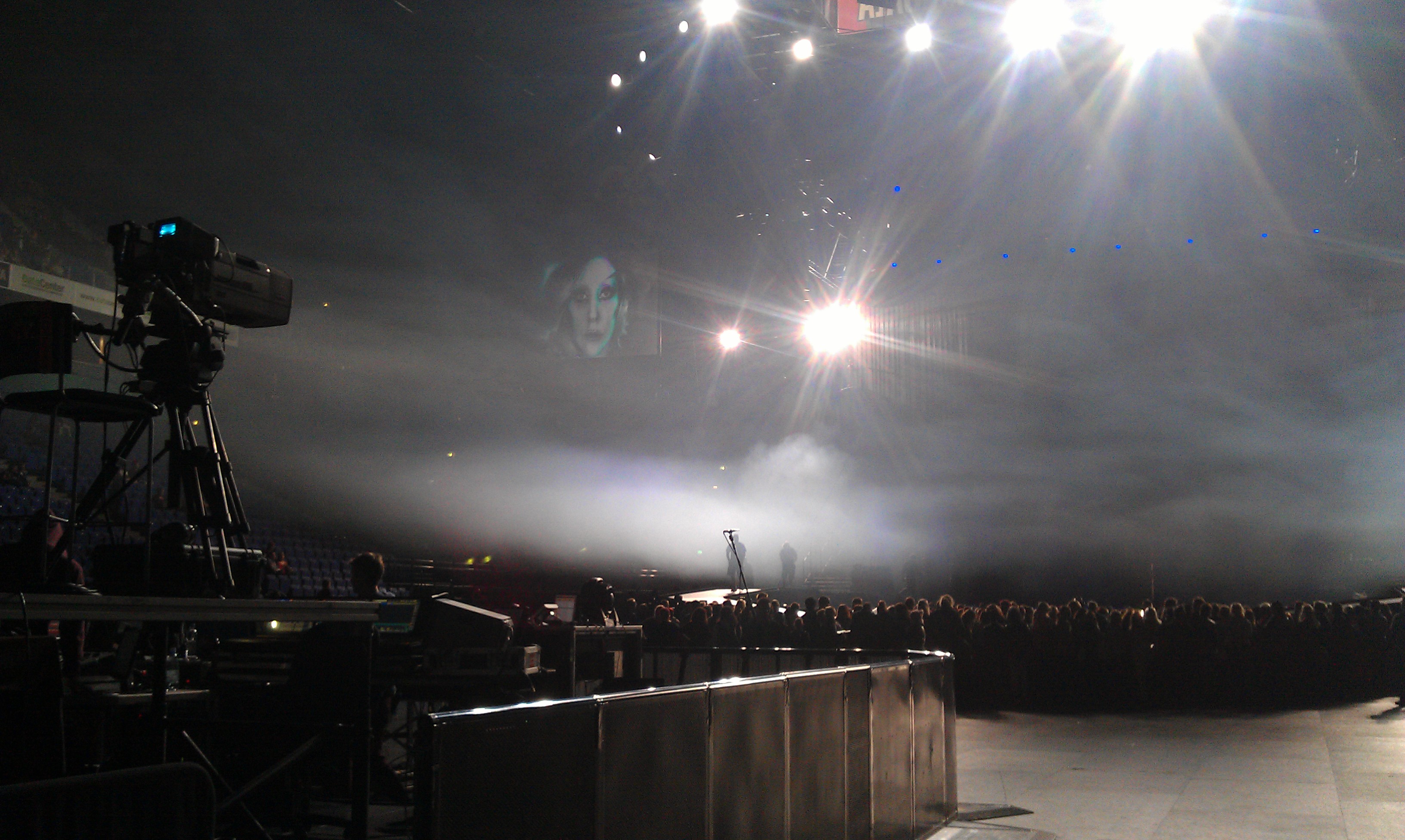 I (Joona) saw Lady Gaga yesterday in Helsinki (Hartwall Arena). It was probably the best-looking show I’ve ever seen. The closest comparison point for me would be a Pet Shop Boys show. I’ve seen three times, and they come very close, but this was even more epic and over-the-top. It saddens me to say this, because I still think that Pet Shop Boys have far better songs than Lady Gaga, but that’s a whole other story.

With Unzyme, we’ve concentrated on creating a cool light show, and that’s probably why especially the lights of this show caught my eye. In a word, the lights were astonishing. The Born this way ball would be quite boring without the lights. Gaga’s words “You’ve got to be willing to give everything in order to gain what you want” rang in my ears and on the next day, I spent about 800 euros on new lights, among other music-related things. I’ve never been too keen on holding on to money, I’ve always invested it on the band. So far we’ve spent about 25 000 euros, excluding recurring costs.

Now back to the show! One of the highlights was the talking three-dimensional head that flew around the stage. It was quite creepy and awesome. I love all the technology behind the show.

Gaga mentioned Finland many times. The Finnish flag also made an appearance a few times, at the rear of the Gaga-powered motorcycle, for example. Gotta love that motorcycle design, by the way.

I really respect Gaga for writing her own songs, and she is also one hell of a singer. This is repeatedly proven when she sings her songs while playing the piano, and without any other instrument or backing track to lean on to. Of course there could be more variety to songs she plays acoustically, but I know that the show must be pretty strictly scripted in order to pull through smoothly. I’ve seen quite many artists do same shows all over again, playing same songs in the same order, with the same tricks every time. As a fan who sometimes goes to multiple shows during the same tour (not particularly referring to Gaga here, because that would be quite expensive), I’ve found it really disappointing to see things go exactly by the script. I have set it as one of our quality standards, to do something differently on every experiment.

At the end of the show, Gaga picked one member of the audience and picked her up to the stage. “How old are you?” Gaga asked. “18.”, replied the teenager. She was shaking, scared and almost cried. Gaga took her by the hand and walked with her on the platform, while telling her stories about how she started with small audience of three, and slowly gained more and more fans, ending up here, in front of 30 000 people. The teenage girl slowly started to relax and finally they were dancing together to a song. It must have been an unforgettable moment for the girl. I think that the majority of the audience could relate to that girl and were inspired by the event. At least I was. I think that moment alone was well worth the ticket price.

It was a very powerful and inspiring show. I’m looking forward to seeing her again with a new show and with new songs.