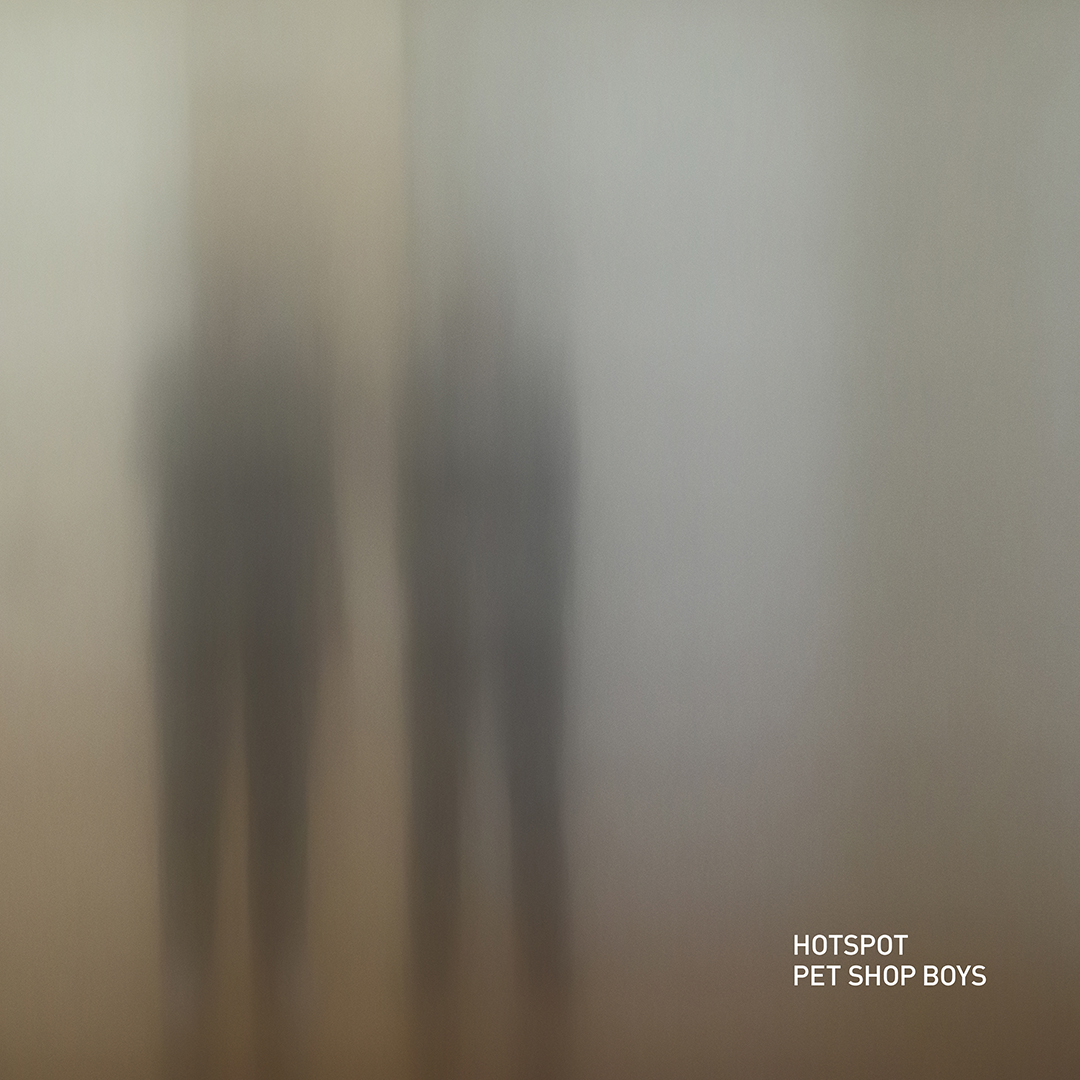 Pet Shop Boys is my most listened-to band according to Spotify’s statistics. I’ve been a Spotify user for 11 years, and for all that time Spotify has collected data on the music I’ve listened to the most. When Spotify’s decade report appeared a few months ago, Pet Shop Boys took the first spot. So, I can confidently say that Hotspot is, compositionally, among their best work. Way better than Super and on par with Electric.

I’m not the biggest fan of Stuart Price’s vision of the Pet Shop Boys sound. To my ears, it sounds too retro. This old-fashioned sound is even more present on Hotspot, than on Electric or Super. PSB and Stuart recorded the album at Hansa Studios, which has a lot of old synthesizers around. They’ve been using analogue synths throughout their career, so it’s not really anything new. One could argue that it’s the PSB sound. It’s certainly recognizable. I just don’t think it’s a good thing that the latest album sounds a lot like their first album. The last time Pet Shop Boys sounded contemporary was during the Nightlife era, when they worked with various producers. I really hope they’ll try that kind of an approach again on their next album.

Of course Stuart is responsible for a number of things, not just the (retro) sound policy. He’s done a lot of things right. There are some not-so-typical song arrangements, and it seems that every instrument was carefully selected and placed.

It seems to me that the Pet Shop Boys need a visionary producer to get their best work done. I just wish that the synths and drums sounded more up-to-date. But as I’m thoroughly enjoying the compositions, the sound of vintage gear doesn’t get too much in the way. Ask me in a year, and I might have changed my mind.

Hotspot is a very diverse album. I like how varied the songs are. You can hear that the boys were inspired, self-confident and liberated. Hotspot is also a playful album, as proven by Monkey business and Wedding in Berlin.

The lyrics are, as usual, witty, sharp and emotional. Neil is a master in painting pictures with words, and picking topics that speak to a broad audience, while being quite specific to a certain time, place and mindset.

Here are my thoughts on Hotspot, track by track.

A banger. Will-o-the-wisp grows to great heights, with each chorus being a bit different. The arrangement is interesting, as it’s not your typical verse-chorus pingpong pop song, verses and choruses intertwine in a fresh way. The train sounds in the background bring the events of the song to life. Spoken word bits emphasise the more melodic bits. The production is a weird mix of old and new. I do like it, even if it sounds somewhat gritty and lo-fi. I’m hoping to hear some remixes of Will-o-the-wisp.

You are the one

Starting a song with the chorus is a recurring song arrangement style on Hotspot – the songs Happy people, You are the one and I don’t wanna, start with the chorus. This chorus is quite different from the rest, though. It’s more like a refrain. Birds chirping, detuned synths and dreamy chords support the story of being in love, but not with your lover. Dreaming, wandering around and hoping to bump into the one. There’s a sense of longing and meaninglessness of having to wait for the next moment together. It may never come, but the thought alone, glorified by past experiences, is intoxicating. It takes a few listens to fully appreciate the beauty of the song, so I think it’s a good thing they placed it in the beginning of the album, where it’s more likely to get more plays.

One of the chorus-heavy songs. Some fans have compared this song to “Left to my own devices”, which I don’t completely understand, since this is a way more upbeat song. But of course there’s the rap bit, which resembles the aforementioned song, as well as many other PSB songs. It sounds fantastic! While the majority of the tracks on Hotspot bow to the eighties, this is more of a nineties-inspired track, with its house piano riffs. The arrangement takes an unexpected turn at about 1:50, which will most likely be an ecstatic moment at a live concert. The occasional exclusion of the kick drum, makes the choruses stand out more. There’s a very enjoyable bass line as well. This song is one of my favorites on Hotspot.

I already reviewed this song, when it was first released as a single. Having heard this song dozens of times now, it sounds better now than it initially did. It must’ve been difficult to pick the first single from this album, since the songs are so diverse. All three singles showed a different side of the album. All characteristics of the Pet Shop Boys are represented, with some new flavors in the mix.

Hoping for a miracle

I immediately liked this track, when I first heard it. Stylistically this would be right at home on Fundamental or even Behaviour. The opening line is just fantastic. It immediately takes you to the scene of the song:

“On Waterloo Bridge
you got lost in the fog
performing a crazy monologue
about love and luck
and do they coincide?”

The themes of the song are quite relatable to me, and probably quite a lot of people who are hoping to “make it”. I’ve written songs about this as well. “Hoping for a miracle” sounds like an empathetic criticism on the 2020 social media celebrity culture, where everybody needs to become famous in order to matter. Not being noticed, clinging on to a dream, having grand illusions about your endless potential, not willing to change and wondering what’s wrong with you. A wonderful lyric, dressed in beautiful and rather fatal music. At the beginning, and at the end of the song, there are some, almost indecipherable lines, which help with the interpretation of the lyrics. A masterpiece!

I think that many of the Pet Shop Boys’ fans can relate to this story. Sometimes there’s a certain disconnect in the Pet Shop Boys’ music, where the songs would be right at home on the dance floor, but yet they’re so introspective and contemplative, that they’re better enjoyed alone with headphones. This is certainly one of the reasons why I enjoy Pet Shop Boys so much. They offer something for the limbs and the brain to dance to. “I don’t wanna” is a perfect example of this. It’s a song for those who enjoy dance music, but don’t dare to dance in public.

When I first heard this track, I was shaking my head. I had a hard time enjoying it, but it has certainly grown on me. It sounds better in the context of the album. The retro synth lead of Monkey business is so unapologetically old-fashioned that it’s hard to criticise it. Monkey business sounds a lot like Jamiroquai, and that’s mostly a wonderful thing. I usually tend to dislike songs made to a specific style, or a style of a bygone era, but the attitude of Monkey business is so self-confident that I would rather enjoy it than not. Go all the way, or go home!

One of my instant favorites. The chorus is so gentle and soft, yet encouraging and hopeful. I like the vulnerability of the song. It sounds very sincere and direct. The lyrics are optimistic and selfless – something we don’t hear often enough in today’s chart-topping hits. Only the dark, Hoping for a miracle and You are the one represent the softer side of Hotspot.

I already reviewed the radio edit version of Burning the heather, when it was released as a single. I got so used to the lyrics and the arrangement of the radio edit, that the album version sounds a bit weird now. But I do prefer this longer version of the song, with a trumpet solo and all. Burning the heather was not recorded in Hansa studios in Berlin. The difference in sound is notable, and I think Burning the heather sounds more timeless than the other tracks. I always want to sing along, when I’m listening to this song. I might even want to do a cover version at some point.

Wedding in Berlin sounds more like a dance remix than an original track, especially after the mellow and sad acoustic sounds of Burning the heather. Wedding in Berlin is not my favorite track from the album, but certainly a nice contrast to the rest. It definitely makes you want to dance. I can hear this song being played in loads of weddings, for years to come – not just the ones taking place in Berlin. The lyrics are kind of silly, and the inclusion of the wedding march is such an obvious move that it makes one smile and cringe at the same time. It’s a fun track, if you don’t take it too seriously, and why would you?

Hotspot will definitely be on repeat for some weeks, until it blends in with the rest of the Pet Shop Boys’ vast back catalogue. I’m really looking forward to the Dreamworld tour.