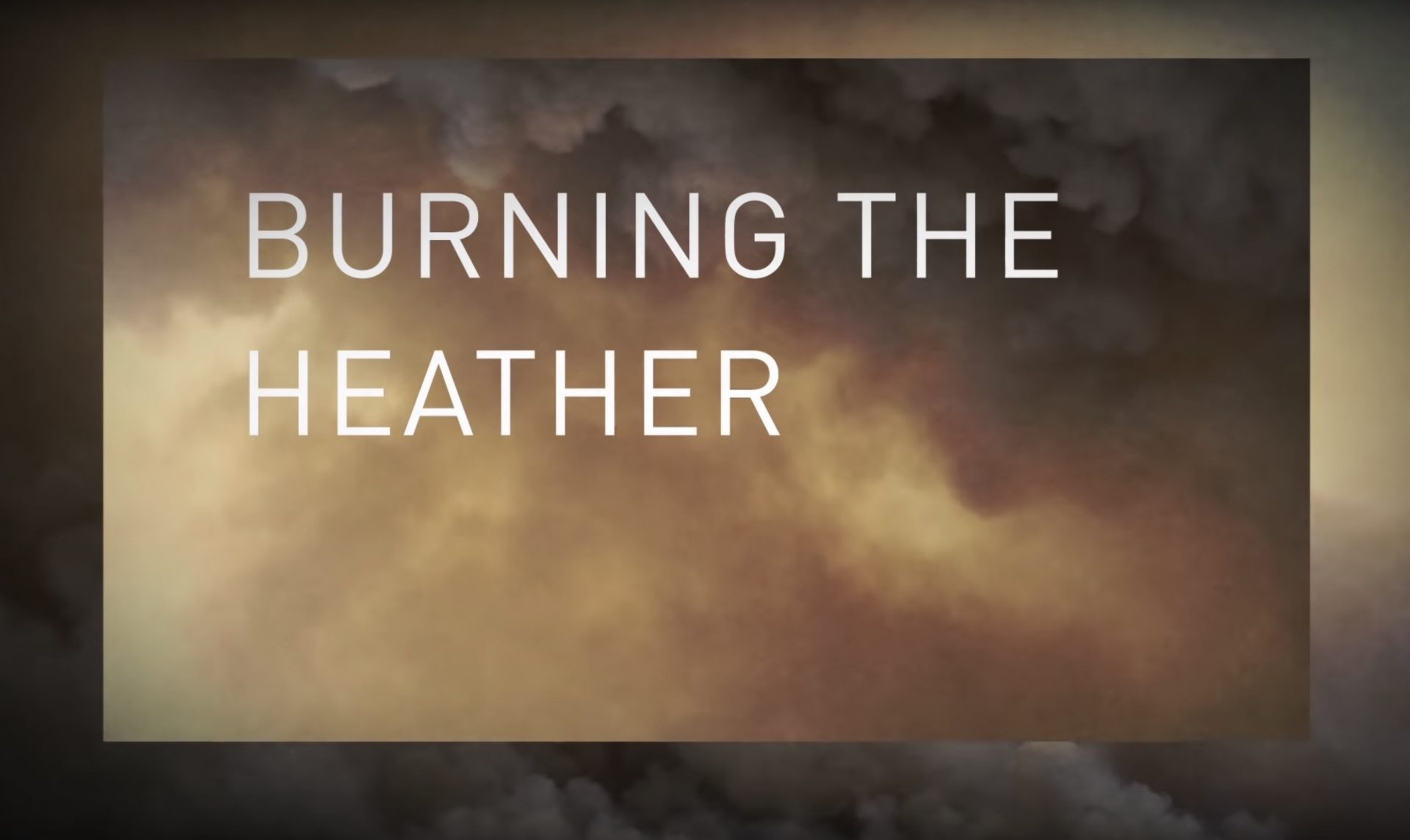 “Burning the heather” is the second single from the upcoming Pet Shop Boys 2020 album Hotspot. The first single, “Dreamland” is a cool song, but I liked the b-side “An open mind” even more, and listened to it on repeat for about a week. No wonder that Spotify’s Release Radar puts new PSB releases on top of my list, whenever they’re released.

I listened to the lyric video first. I liked the song on the first listen, but it didn’t make a great impression at first. I think that this song is better enjoyed without reading the lyrics while listening, and turn to the lyric video when you’re familiar with the song. The video is alright, I just think that it’s easier to imagine the story without the imagery.

Pet Shop Boys’ lyrics have always been the quality standard that I compare my own lyrics to. And having grown up with the music of Pet Shop Boys, I find that most lyrics of today’s pop stars are not of as high quality. Where are the stories? Where is the originality in song titles? There are only so many stories of broken hearts you can tell. Röyksopp and Coldplay do a good job in telling stories, but I can’t find many good examples on the charts. Luckily the Pet Shop Boys are still around, showing us how it’s done. “Burning the heather” is no exception in the long list of exceptionally colorful pop lyrics written by Neil Tennant.

Stylistically “Burning the heather” reminds me of the Release era. Compositionally there are some echoes from “You only tell me you love me when you’re drunk”, “Luna Park”, “Boy strange”, “Only the wind” and “Breathing space”. Bernard Butler’s acoustic guitar suits the song and the story very well. The acoustic nature of the song is also a big contrast to the electronic sound of Dreamland, which makes me wish for a diverse new Pet Shop Boys album in January.

“Burning the heather” is not a big song. There’s no big chorus, and the production style is very subtle. But it’s a heartfelt song that will most likely last the test of time.

Thank you, Neil and Chris, for writing this beautiful piece of music. This song sets high expectations for the upcoming album.