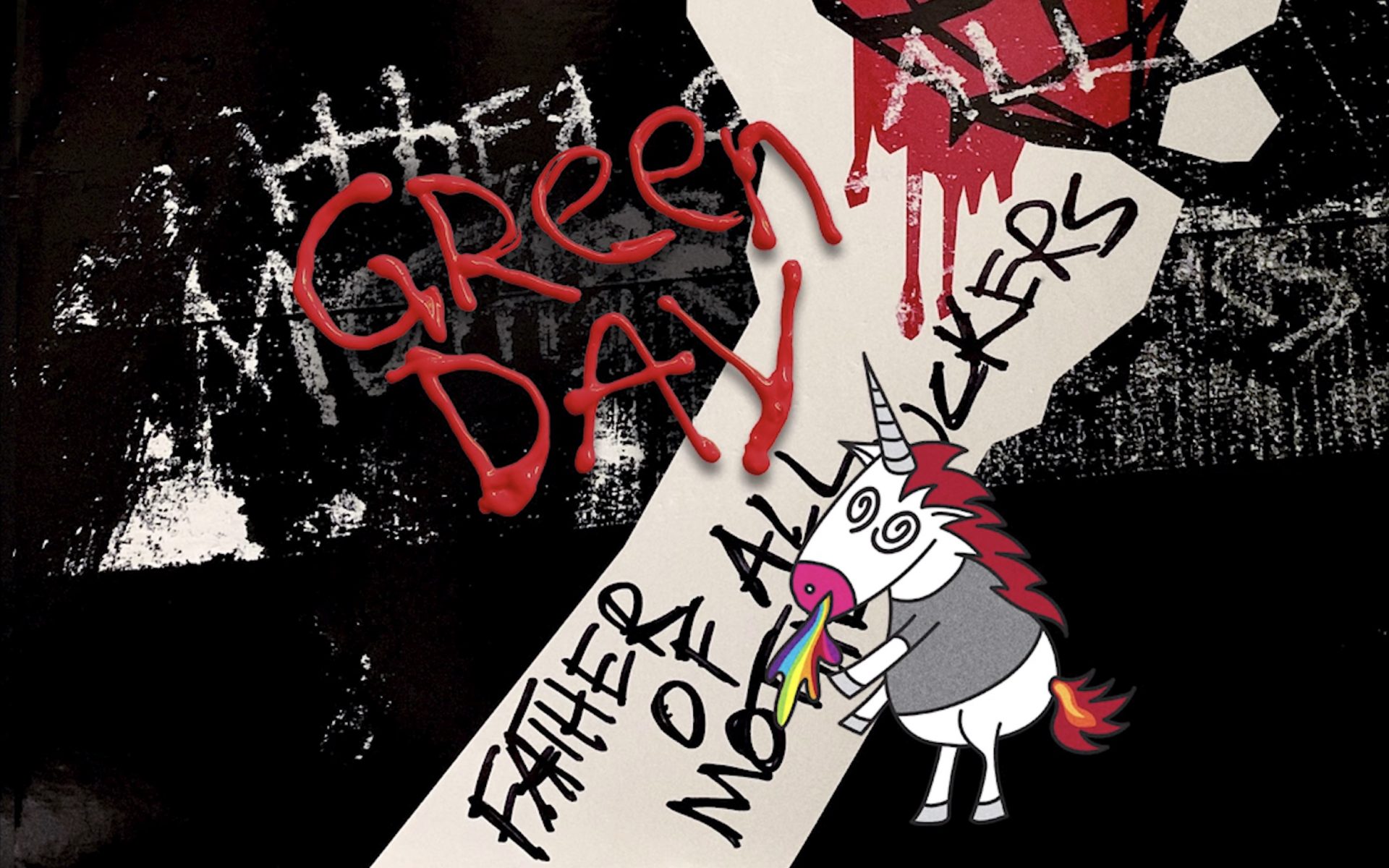 When the lead single Father of All… was released, I wasn’t too excited about it, mainly because of the vocal effects. However, the song has grown on me, and now I seem to enjoy it. “Fire, Ready, Aim” is a dirty pop punk track with silly piano and organ stuff in the background. There is a certain retro feel to the whole album.

I didn’t think that Fire, Ready, Aim would’ve been an album track – but why not, it’s a fine speed rock song. Short but sweet. The song just doesn’t care if you like it or not. That makes it easier to dig it.

Also released as a single, Oh Yeah! is a step to a somewhat unexplored Green Day territory. It sounds rather effortless, which is mostly a good thing. Nothing too mindplosive, though.

Meet Me on the Roof would be right at home at a prom dance floor. In the seventies. There’s a slight Weezer vibe. Playful, liberated, powerful. Good stuff!

The sound of this album sure is different than any previous Green Day album. It will take some spins to get used to. I’m glad that they tried something new, even though Billie’s vocals are sometimes a bit too deep in the mix. A saloon piano makes multiple appearances throughout the album.

I Was a Teenage Teenager is either the best or the worst song title on the album. It takes a liberated mindset to name a song this way. This is possibly the most Green Day sounding track so far, and it’s very catchy.

Oh shit, I hate rockabilly rock’n’roll. Stab You in the Heart tries to question this prejudice, and does a damn good job at that. I can almost enjoy it, despite of being so…done before. Powerful, yet so old school that it’s hard to truly appreciate.

Sugar Youth is a relentless punk-rockin’ head-bangin’ dose of pure energy. Loved this! Nods to She’s a Rebel (from American Idiot).

Junkies on a High lets the listener have a little breather before the inevitable end. Very cool production, a bit more modern than everything else on the album. Loads of vocal hooks in enjoyable melodies. One of my instant favorites. I would’ve appreciated one more chorus, though. But that kind of an arrangement decision suits the album’s liberated, cocksure attitude well. This album begs to be listened as a whole, repeatedly.

Father of All… doesn’t seem to care if you love it or hate it. It does its thing unapologetically. Shoutin’, bangin’, rockin’ and jumpin’ around. It seems like Green Day needed a change in style, and I’m sure that their fans will love it and hate it. Father of All… may just have the dirtiest Green Day sound up to date. Take the Money and Crawl is one of many sweet middle fingers on the album. Spit anthem.

Graffitia brings even more heavy-ass distortion to the jagged soundscape of the album.

In the context of the album, the first three singles make more sense. This album probably won’t become my all-time favorite Green Day album, but this album has a very unique flavor to it, and that’s more welcome at this stage of their career than another “Insomniac” (though I would take that, too). I’m glad that they didn’t play it safe.