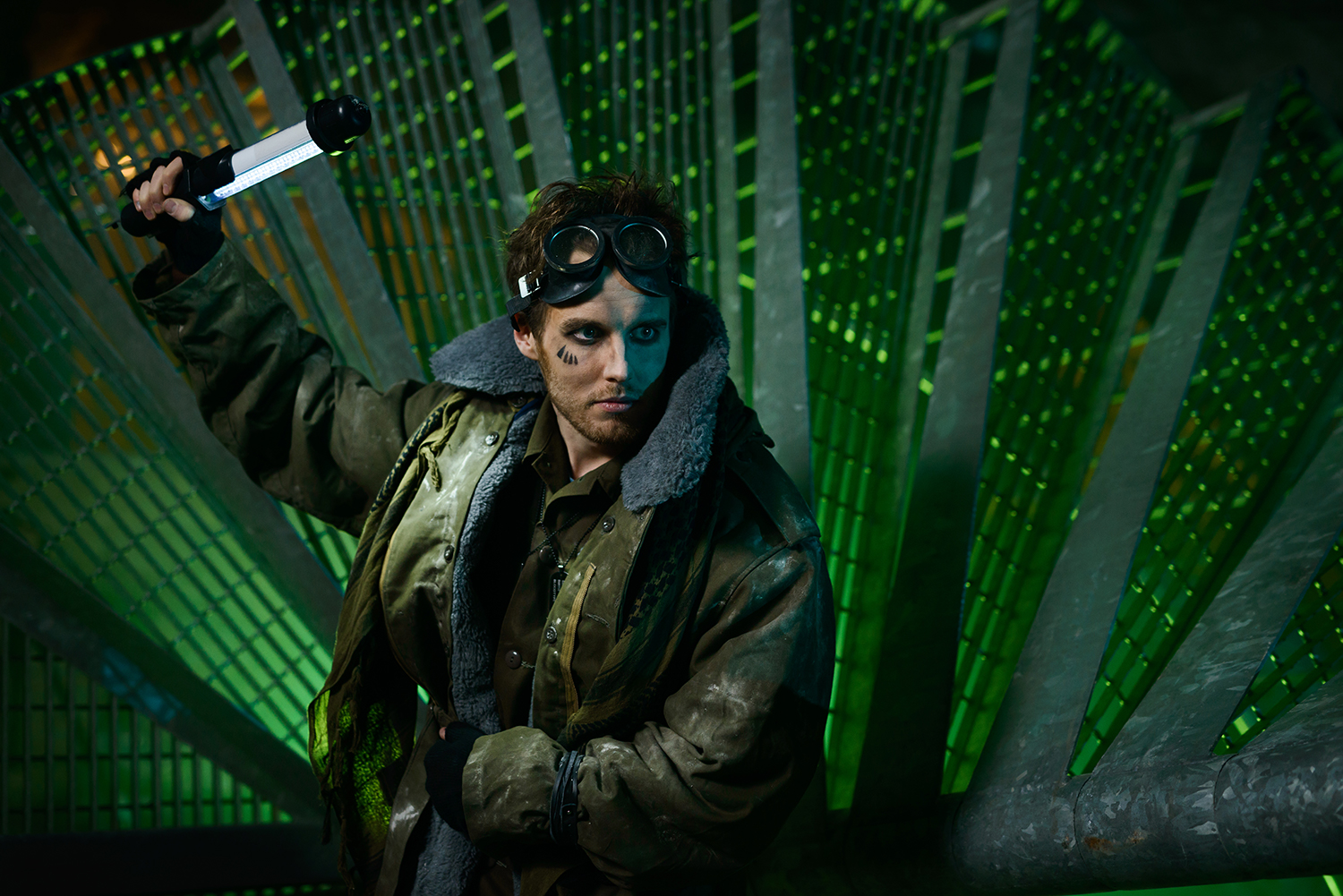 Unzyme’s original drummer, Ville Hoikkala, has stepped away from his beat-handling duties to be able to fully concentrate on his academic career. This is mostly due to both parties wanting to accelerate, but to opposite directions. Unzyme’s demands have been growing a lot lately, and this felt like the right time to face reality and make the change.

Our friendship is strong, so there’s no drama involved. This was an extremely difficult choice for all of us, and it wasn’t made lightly. Yet, there didn’t seem to be any point in stalling Ville’s career or Unzyme’s evolution.

Unzyme’s first chapter was heavily influenced by Ville. Without him, Unzyme would’ve looked and sounded very different. Both of us were excited about science fiction and building things. We were tech geeks who loved rock music. I was more into electronic pop, while Ville was more of a metal guy with a dark double pedal past. I thought it was an awesome combination, and that kind of dichotomy is still very much present in Unzyme’s music. For that, I’m eternally grateful, because this recipe is way more interesting than what I would’ve come up with alone.

I don’t think that Unzyme would’ve worn lab coats on stage, had it not been an integral part of Ville’s world. Ville and I were tech geeks, and wanted to do everything by ourselves. Too much really, but that wasn’t an issue back then, because we were excited, and building weird experimental things was fun. We used to spend days at the Unzyme Proving Ground, creating and customizing gear. Tech punk stuff.

One day, probably in 2012, Ville came to our band rehearsal with the news of having seen a cool DJ light show. This was rather revelatory, as we immediately ordered lights and started to build our own automated light show. The current light show is mostly built by Ville. The DMX baton will now need to be passed on. Ville’s guide on how to automate a light show using Ableton Live has been read tens of thousands of times to this day. Some of the information may be outdated, but the core principles are still valid, and it feels good to have inspired so many people to work on their own setups.

As extreme as it may have been, this DIY enthusiasm slowly withered. Ville couldn’t contribute to the band as much as he used to. He was constantly torn between his commitments to the academic world and to the band. Being in an ambitious band is actually very demanding, and going through all that trouble must be considered worth it, in order to continue.

I guess that what motivated Ville in the beginning, had not been possible for a long time. We self-produced the first two albums, and Ville also wanted to mix our second album (Override). I’m still proud of the work we did on Override, but it took way too long, and was mentally draining. Not only because my brother and grandfather had recently died, and I was in survival mode, but also because everything in the band seemed to linger. Shortly after releasing Override and touring in Germany, I wanted to shift gears – work quicker and more professionally. This is when we started working with Lasse Turunen, and that collaboration proved to be very successful.

I was enthusiastic about the next level production quality, and while Lasse helped us tremendously, it also meant that Ville’s role in the band started to diminish. Even when working with Lasse, I always wanted Ville to be as involved as possible. I think that when his contribution became less of a necessity and more of a choice, he wanted to take that opportunity to concentrate on his academic career. I didn’t see this as a problem, until I saw that Ville no longer enjoyed working on band stuff. I saw where he was headed and Unzyme was not a priority to him anymore.

Giving up has never been an option to me, so I started to think about how to fix the situation. I realized that I had to let him go in order to get where I wanted to. Probably the toughest decision of my life. Luckily we agreed on the decision, and I didn’t have to feel guilty about it. We cried on the phone. It also happened to be the birthday of our debut album, Brainforest.

I have always been interested in whatever Ville has been researching. I’m a huge fan of his work, and proud of all the things he has achieved so far. I couldn’t be more grateful to have a friend like him. And while I’m sad that we couldn’t continue in the same band, it’s actually more rewarding to see him shine at what he really wants to do.

Sting says, “If you love somebody, set them free”. I love my friend Ville, and that leaves no option but to encourage him to do whatever makes him happy. I’m eternally thankful for all the time we shared in the band.

I will carry the torch we lit together.

Daniel Lawrence will continue as the awesome, flamboyant keyboardist of Unzyme. He’s been in the band since 2016.

As a part of a major overhaul project, we have decided to let go of the lab coats as well. It’s not just because of Ville’s departure – the decision to design new costumes was made well before Ville left the band. If felt like we were hiding under the protective layer of the lab coat. It felt safe. But we don’t need to feel safe any longer, we need to be exposed to the world. We’ve grown out of the shell, out of the laboratory, out of control. You’ll see.

This is a paradigm shift, though the essence of biomechanical pop music is still very much intact.

And yes, we already have a new drummer, but more on that later. She’s awesome, though.