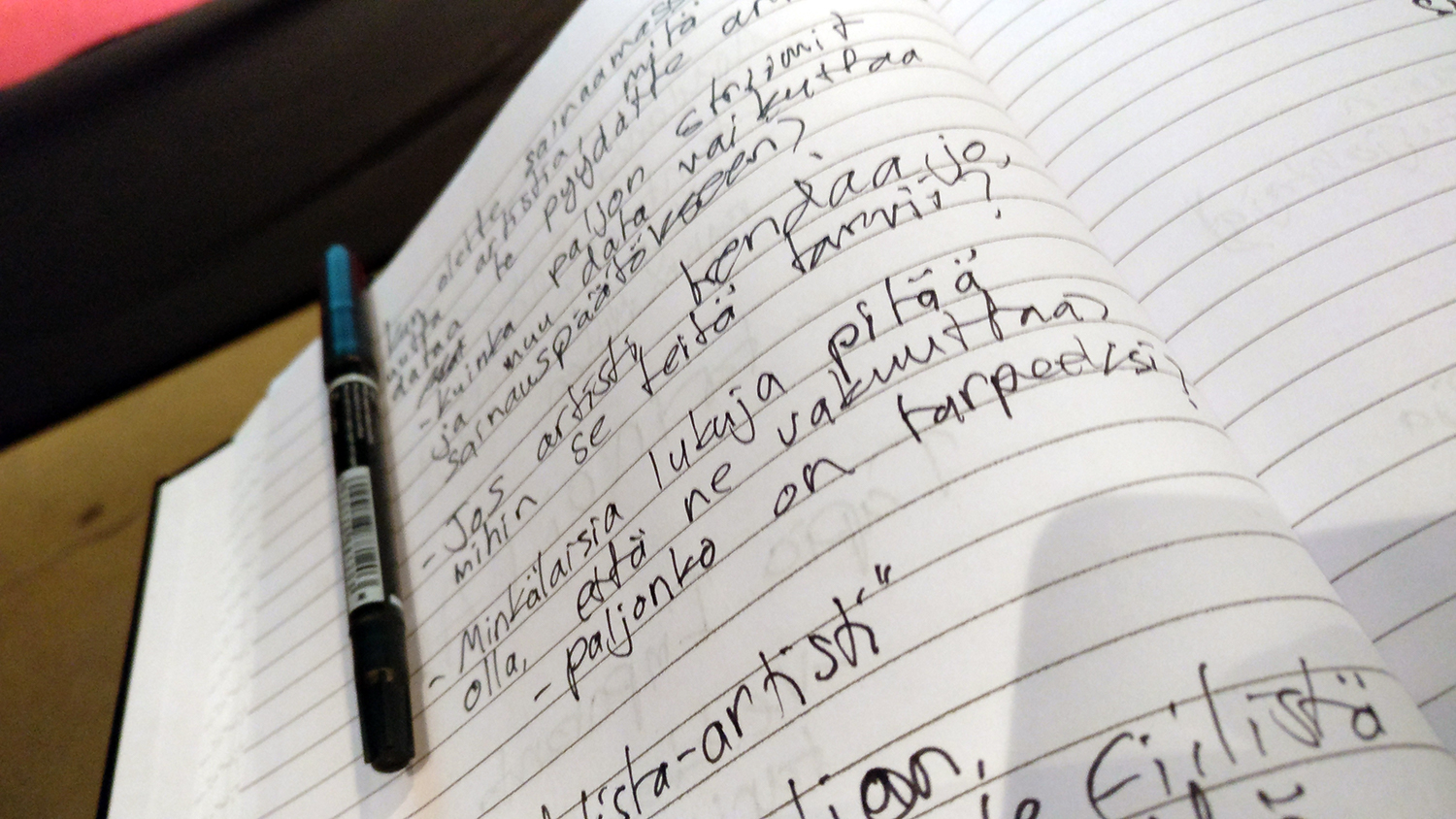 Days two and three of MARS 2017 were full of efficient networking. I didn’t really plan to use my briefcase as a marketing tool, but it turned out to be pretty visible to the speakers on stage. Before I left, I just cut an Unzyme poster in half, and taped it onto a briefcase (the size happened to be perfect). Suddenly the innocent briefcase became the Biomechanical Infiltration Toolbox. I had lots of promo packages inside the toolbox, ready to be handed out.

Paper doesn’t run out of battery

I take notes on paper, because it doesn’t run out of battery, and allows for more freeform writing than the laptop computer. The laptop is also likely to distract from the subject at hand.

As always, I sat in the front row, actively asked questions and talked to the speakers as soon as they exited the stage. I always take notes of who is talking on the stage and draw a map of where they’re sitting. This way I can address my questions to the right people, and call them by their actual name, which they most probably like. When I look at the photos after the event, I can check the maps on my notebook and easily remember everyone’s names and faces.

Sometimes there’s not enough time to talk to all of them, so I pick one of the speakers and quickly come up with something to ask. I usually write a few possible questions to my notebook before approaching them, even before the talk is over.

I take Instagram photos of the talks and tag the speakers (if they’re on Instagram). Later the photos end up in this blog.

I was quite surprised, because I didn’t find all the keynote speakers on Instagram. In today’s music business, Instagram is one of the most important marketing tools, so I wonder how long they can afford to stay out.

My Instagram photos will be automatically posted to Twitter as well (via IFTTT). Many people do this, and this is why you should have the same handle on Instagram and Twitter (and everywhere else). 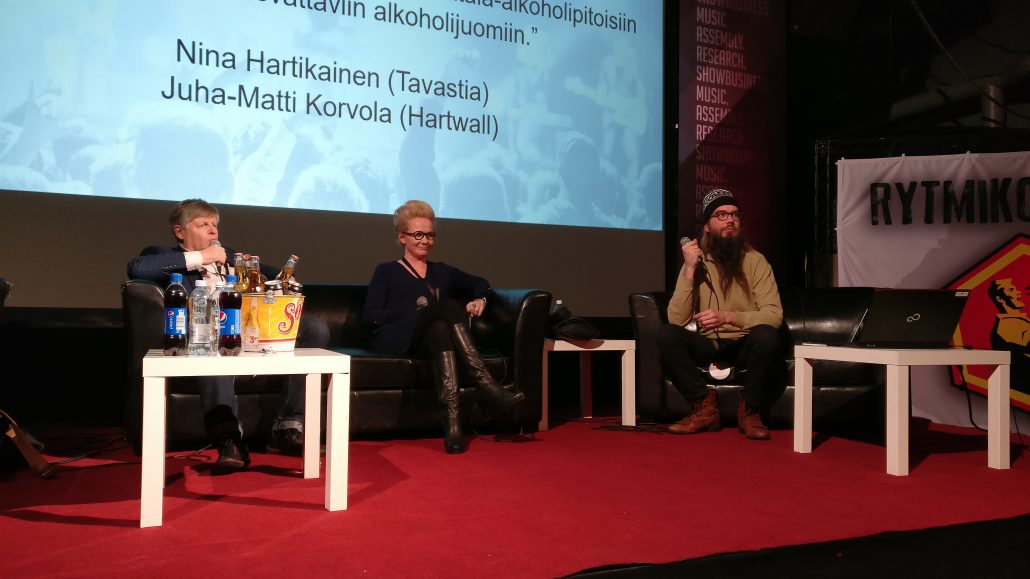 You’ll want to be featured on a Spotify playlist

One of the most interesting off-stage conversations was with Tomi Saarinen (the marketing director of Sony Music Finland). He told me quite a bit about the work they do at Sony. They track numerous song performance indicators on Spotify, the most essential being play count and skip rate. Spotify’s own playlists matter the most, but being featured on other “unofficial” playlists can also make a big difference. The most efficient way to get discovered on Spotify is to be featured on a Spotify-curated playlist. Related songs is also becoming a relevant way to get discovered on Spotify. I asked if I could do an in-depth interview with Tomi, and he agreed to do it. More of his strategies and insight can be read on this blog in a few months.

Find the teams behind success stories

I had some really inspiring talks with Ville Malja (of Lapko). He gave me valuable tips on who to contact next. One of the tips that I had thought about, but not executed, was that I should look for those promoters who have done a good job with similar bands in the areas that we want to target (Germany & Eastern Europe). I could just ask the bands that have made it, if they’d be willing to share contact information of the people they’ve worked with. Promoters are essential in making our music known to the masses.

Malja’s feedback was very encouraging. “You remind me of Trent Reznor, as a person, you know.” was one of his comments. I take that as a compliment, though I’m not a huge Nine Inch Nails fan. I like the Quake soundtrack, though, and With Teeth.

Attention is more valuable than cash

I talked to Suvi Kallio about the artistic style of Flow Festival. They’ve been able to sustain the aesthetic style of the festival pretty consistent over the years, even though the festival has grown very rapidly. Flow still has a very unique profile as an arts festival.

Flow, like many other festivals, does a lot of sponsorship deals with various kinds of companies. In many cases, attention of the audience is much more valuable to the sponsor than cold hard cash, and because of the sheer number of festival fans, Flow can certainly sell a lot of attention time. Flow Festival chooses their partners carefully, and usually approach the companies first, because they want to pick the kind of collaborators that complement the Flow atmosphere. To me, this seems like something that most festival producers don’t think about that much. 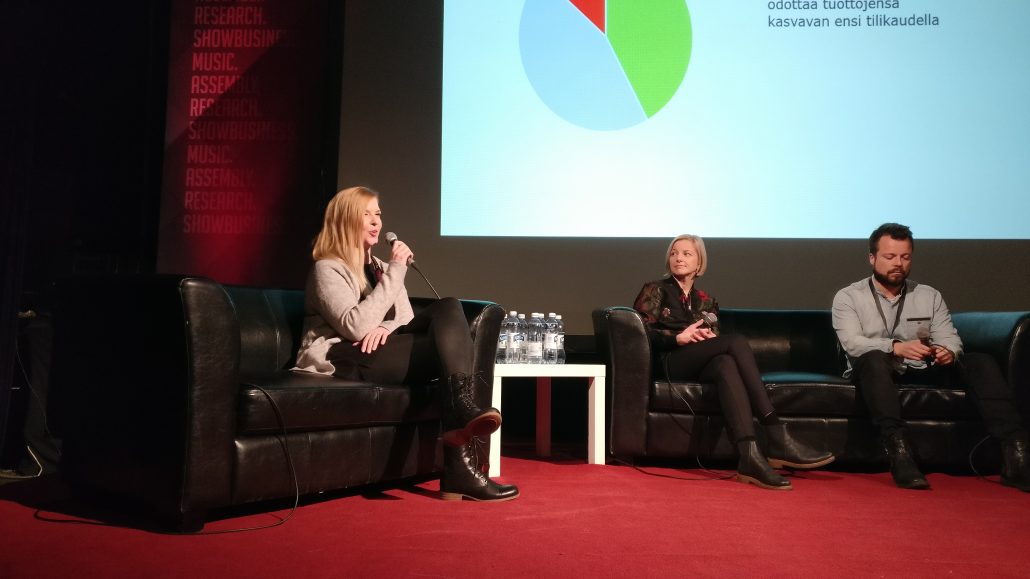 Lastly, Olavi Uusivirta talked about how to prepare for a performance. He’s got lots of routines to perform as well as possible – for example, he stops eating three hours before the show, to preserve his voice. There are many mistakes a performer can do to fuck up a performance, but even if it happens, that should be considered a gift. The audience is likely to enjoy a few mistakes here and there, if the performer is not ashamed of them. Mistakes can lead to great improvisations! 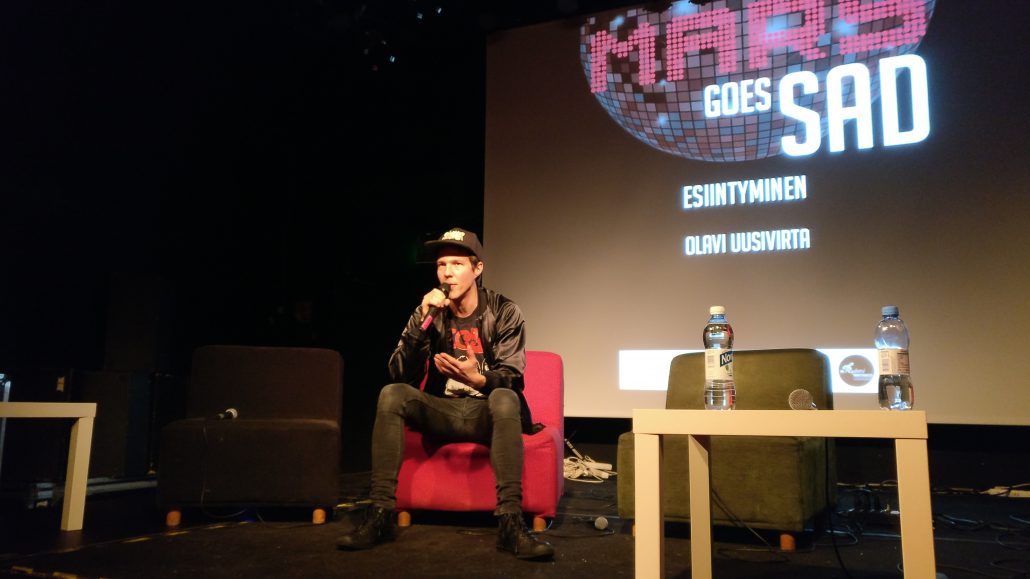 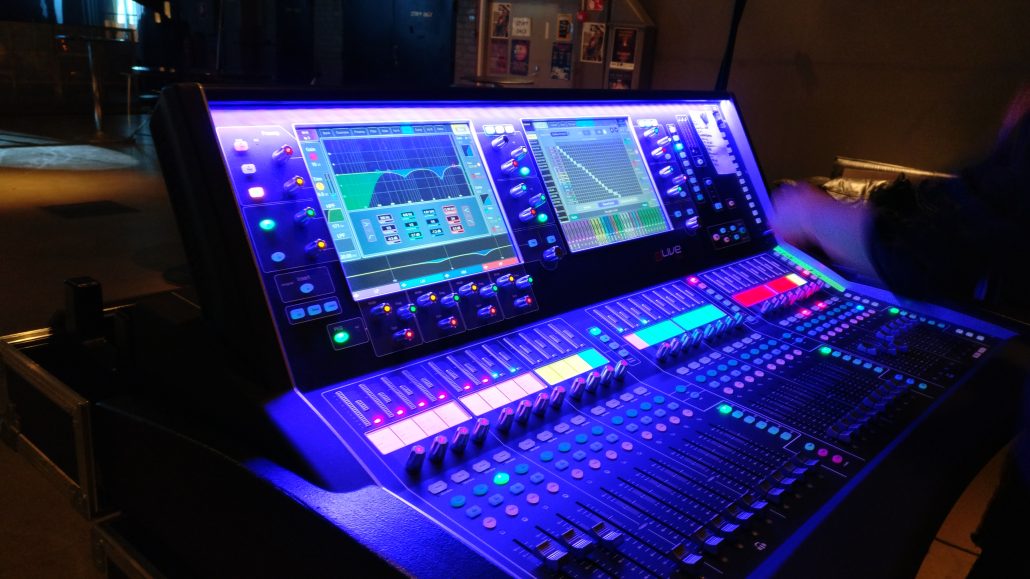