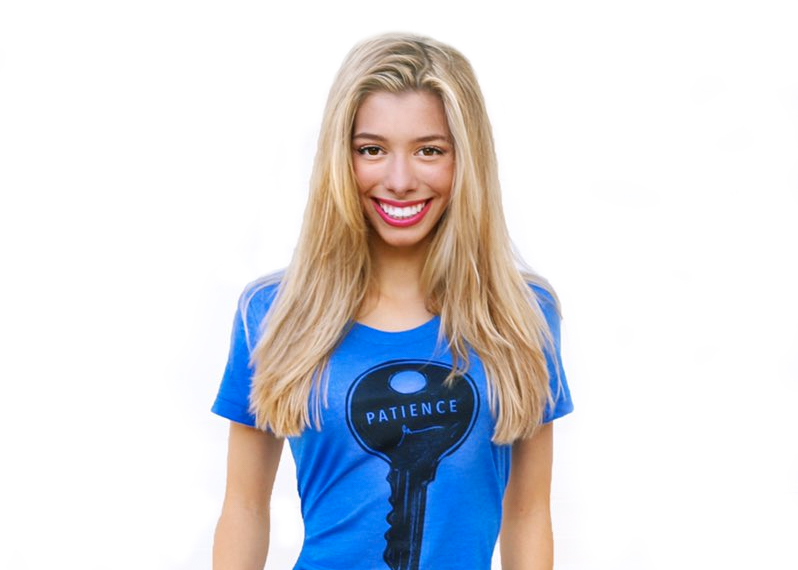 Hey Peighton, I found your channel through a tweet by Gary Vaynerchuk, and was impressed by your parody video about him. It’s hilarious!

How did you find Gary and how has he influenced your life?

Actually my Uncle Rick told me about seeing him on 60 minutes.  I started following him on Instagram and listening to his broadcasts on YouTube. I was amazed and inspired by his story. When he was very young (like 4) he and his family of 8 immigrated from Russia to the United States and lived in a studio-apartment in New York. They were very poor.  Now he’s a super successful, self-made millionaire.  He actually started with a Lemonade stand! I encourage anyone that hasn’t heard his story or broadcasts before, to go to Youtube and listen.

How did the idea of doing a GaryVee video come about?

Actually, I had just posted a video (Cupid Is Real) on Instagram, and liked a couple of his posts. He sent me a direct message, saying “hello” I was like Wow is this really happening!?” Lol so since I had the opportunity to talk to him I just asked him if I could make a parody video featuring him. He seemed kind of hesitant but then I promised that it would be flattering and wouldn’t be anything disrespectful.  He said, “Ok” and that’s how the “Gary Vee Watch” video was born. Fortunately, he liked it as he posted it on Twitter, Facebook and his Instagram story.

I want to be a filmmaker and Influencer and YouTube is a great place to share my work and engage with the community.

What kind of collaborations, if any, are you planning to do and why?

Yes, fortunately I have a few collaboration projects going on right now. I am a producer and manager for the social media for Hooch, a drink mixer company. I will be producing a rap music video soon, as well as a couple of video projects for a clothing companies and a skateboard manufacturer.

I have to plan months in advance since it’s just me and I’m still in school. Speaking of school, I have to travel a total of 3 hours every day just to get to my school, N.O.C.C.A (New Orleans Center for Creative Arts). I go there for the Media/Film program. Not complaining though, it’s a great school and it’s worth the commute.

So to answer your question about planning in advance, yes, months in advance as it’s all on me, I have to create and write the script, organize and plan the shots, film and then edit.

What kind of opportunities have presented themselves through your YouTube videos?

Last year The Grammy foundation selected 5 students from across the country to attend Grammy Camp for 2 weeks in Los Angeles. I was one of the 5 selected. This was a great experience as I learned a lot and made some great connections with people in the industry.

What have you learned so far on your YouTube journey?

I’ve learned to keep producing content, keep your viewers engaged, communicate with and learn from other Youtube personalities and the subscribers will come.

Have you negotiated any sponsorship deals yet? Do you plan to?

Yes, Hooch, the drink mixer company that I mentioned above as well as a couple of clothing companies. I’m hoping to get more.

Who inspires you at the moment?

Which YouTube channels you spend way too much time on?

I love watching MylifeasEva and as I mentioned above, Jay Alvarrez’s videos.

Thanks for the interview! I wish the best of luck with all your video endeavours.

No problem, Thank you 🙂