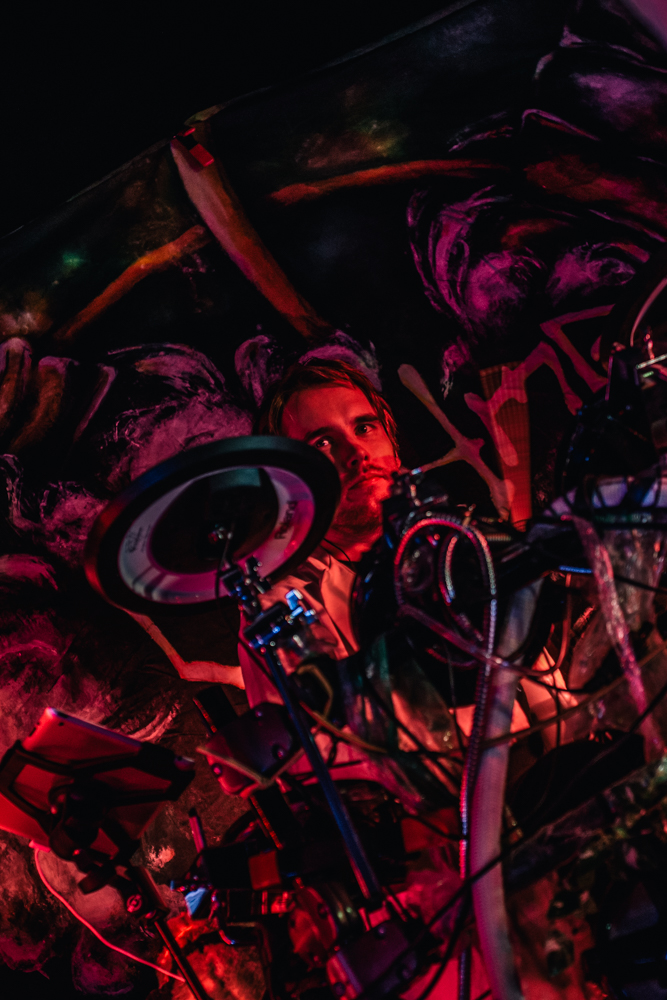 It’s been about a year since the release of Brainforest. During these thirteen months, new songs have been actively brewing in the lab. Some have been played live on gigs and one demo has been released online as part of the UMK-competition. but mostly the new songs have remained hidden. A new approach was taken in crafting these new classic mega super-hits. The idea is to spend ridiculous amounts of time on one song, getting all the details right even for the demo and only then moving on with the next song. This may seem obvious to many, but the way we did it with Brainforest was more multi-task-oriented, which resulted in some songs receiving less attention than others. This time, we’ll dedicate our full attention to individual songs. I think we’ve learned a lot since the making of the debut.

Yesterday we spent time on Thomann drooling at lighting solutions. And today we went mad and placed an order on two  America DJ Dekkers, two Stairville Flood Panel 150s, one Stairville SF-1000 fog machine, one Stairville PS1500 strobe, a bunch of cables and an Enttec Open DMX USB Interface. Each of the lights are DMX-controlled. The usb-DMX-dongle combined with some software will allow us to use MIDI from Live to control the lighting of the stage. The idea is to pre-program midi tracks for each song and build a nicely synced, automated audio-visual spectacle. In case of sudden stage-freak-out (both human and machine) the pre-programmed lighting can be overriden with manual midi controllers. I’m really excited about all this – so far our custom lighting has been composed of something like four static light bulbs (one of which is RED!). Can’t wait to start fiddling with our new tentacles!

We’ll try keep blogging more often from now on. Place a comment if you have any questions or suggestions on anything (if you know ANYTHING about linking DMX and Ableton Live, come forth, as I know nothing… yet).