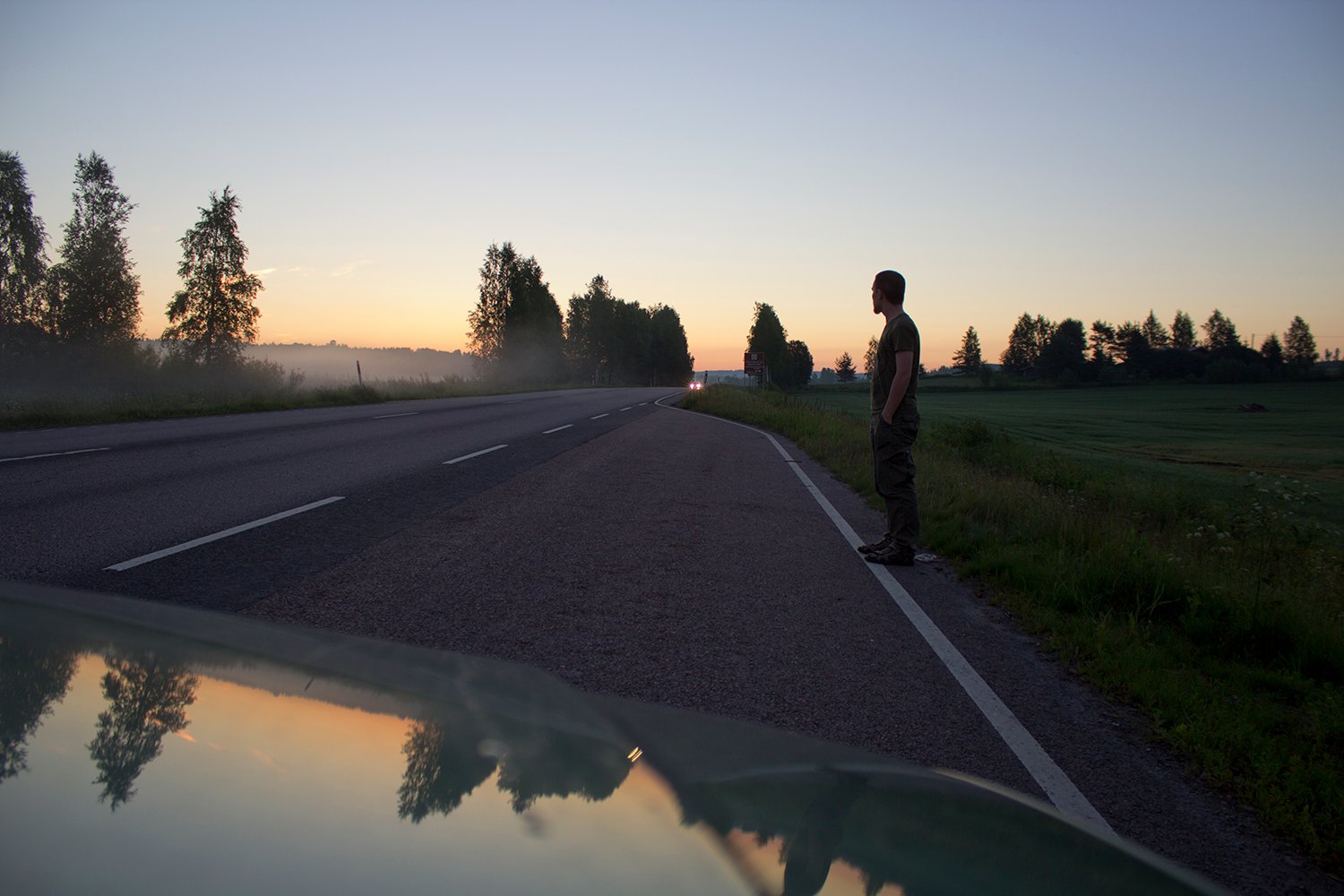 Trespassers is one of my more autobiographical songs. Sometimes it’s easy to write, if you just document what you’ve experienced. Musically Trespassers is from the lighter edge of the Unzyme spectrum – something that could be played on a plain piano. I quite like the solos in this song. The story, however, is the most interesting part of this song. Here’s some background on how the lyrics were born.

In 2006, I accidentally found this blog of a girl who seemed to live a fascinating life. She lived in Jyväskylä, just like me. She blogged about her life very openly, maybe even too openly. I knew that she was single, as was I at the time. She wrote about her plans to climb on a local mountain (not a very high one), to watch the stars that night. I really wanted to meet this girl, but going there could be interpreted in a very bad way. It could turn out to be awkward and miserable. I decided to go there anyway, and be as subtle as I possibly could. I didn’t have a clue on what I would say. I just went there, in the dark, with my flashlight. I didn’t even know her name, or when she’d be there. I figured she’d be there by nightfall. I rode my bicycle to the top, and went looking for her. I heard some chatter nearby. Turns out she wasn’t alone – a disappointment and a relief at the same time. I knew it was going to be awkward, I could be interrupting her lovely date with a special guy, but I went anyway. What did I have to lose? My dignity? I have never been too scared of losing my dignity.

So, I approached the girl and her date. I mumbled something about looking for “an acquaintance” – someone who should be out here watching the stars. I was ready to back off, but the girl seemed to take it as an opportunity to get out of a boring situation and started talking to me. I don’t remember exactly what we talked about, but it wasn’t a long conversation. However, we talked long enough to introduce ourselves and we both were clearly interested in one another. It was all so weird, that I’m not sure if we exchanged phone numbers then and there, but a few days later we went on a date. She suggested that we met at a local science fiction movie night, naturally I said yes.

One thing led to another, and soon we were dating. I was so in love with this girl. She was very artistic, and I thoroughly enjoyed her company. She was very mysterious, and the way she talked was almost like from a novel. I took her to some weird adventures. I called them “trial travels”, meaning that there was no plan, but just to leave and see what happens. Once I drove us to a forest some 15 kilometers away from Jyväskylä, in which I’d never been. We walked in the forest for some hours. We found an abandoned house, pretty much buried in vegetation. The roof was almost completely collapsed, so we couldn’t go in. We continued our walk through the forest, just to find out that we were actually lost, and it was getting dark. Mobile phones didn’t have good map applications back then, so we didn’t really have much choice but to look for someone who could tell us where we were. We weren’t too far from civilization, but the territory was totally unfamiliar to us. After some two hours of wandering in the dark, we found a cabin, and knocked on the door. A man opened the door. I told him that we were lost, and asked if he could tell us where we were. I described the place where I had parked my car, and he was kind enough to give us a ride to my car. What an adventure! She told me that when people experience difficulties together, they bond. She was right.

A week or so had passed. I was still madly in love. She was staying at my place, and she couldn’t sleep. I started telling a fairytale about a beetle, who had to fly all the way from a small northern town to Liechtenstein. All kinds of weird things happened along the way. I improvised the whole story, but she didn’t believe that I had just made it up. I took it as a compliment.

I still try to live like the person in this song. “Act before you get scared” has been my motto for quite some time.