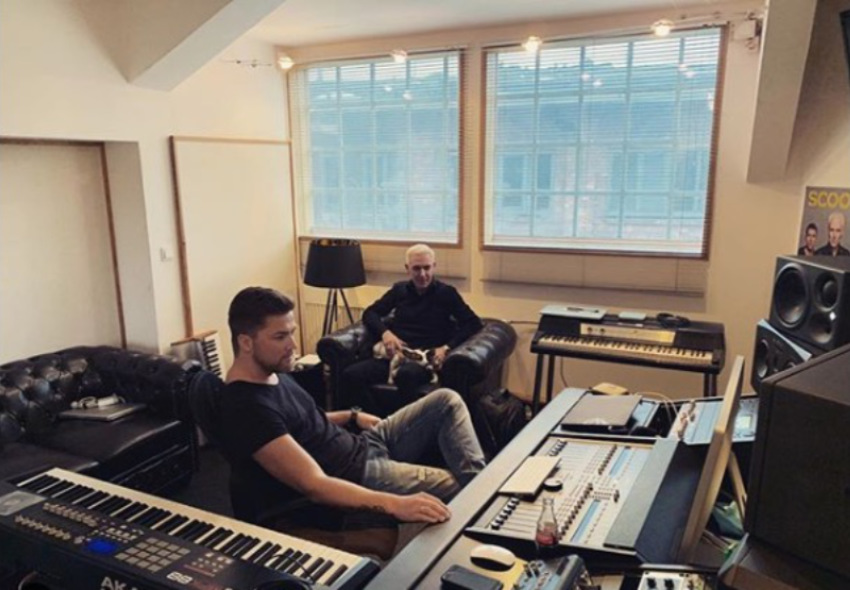 Yes, I admit it, I like Scooter. It may not be apparent, judging by the music that I write. I don’t like all Scooter songs, in fact I created a Spotify playlist called “Scooter songs that are actually good“. Most of their songs are made for the dance floor stompers, and not for the analytical listener. Still, there are plenty of songs that can be enjoyed even outside the context of the techno stadium.

Rave Teacher is the first single to have been produced by Sebastian Schilde. He is the new guy in Scooter, replacing Phil Speiser. I quite liked Phil’s work, especially his instrumental interpretations of rave classics on the bonus disc of Scooter Forever (Symmetry C and Sacred Cycles, for example) and the singles Radiate and My Gabber. Some non-singles were also really cool, such as Listen, Fallin’ and Jaguare from The Fifth Chapter and Encore, What You’re Waiting For and Wolga from Ace. I hope that Phil continues to write music as a solo artist, as there was a lot to be liked in his work with Scooter. Sebastian Schilde, however, seems to be a worthy successor, judging by his previous work, and the latest single, Rave Teacher (Somebody Like Me).

Rave Teacher features a rather classic Scooter sound, which is probably due to the lineup change, and wanting to prove to fans that they’re still doing the same thing. And while I think this track succeeds in recreating the classic Scooter sound, it doesn’t really stand out. Scooter sticks to their guns, which is a good thing in my book. The sound is big, and the ravey synth riffs suit the track very well.

Listening to Rave Teacher sure makes me interested in hearing the rest of the upcoming album, and further exploring the sound of Sebastian Schilde. I hope that there will be more instrumental Scooter tracks, as they tend to be of high quality, and sometimes they explore arrangements and musical ideas that are more experimental than what they release as singles.

The chorus of Rave Teacher has a singalong kind of melody. It serves its purpose, but it isn’t too memorable, and definitely not among their best choruses. The strongest parts of the song are the ones that H.P. Baxxter excels in – shouting relentlessly with machine gun force and precision. The lyrics are ammo, not art. Schilde‘s synthesizers make a nice entrance, and while a bit generic in sound, they do make an impact.

I’ve criticized pop stars for writing about their stardom. Lady Gaga, for example, can write far better lyrics than Applause (“I live for the applause, applause, applause…”). It seems so unimaginative, boring and unrelatable. However, in the case of Scooter, this is to be expected, and the lines “Since I’m a superstar, hope is where the tits are”, somehow just set the right tone. Most of the rap lyrics don’t make much sense, but they sure bring the energy. And that’s what Scooter is all about – pumping energy. And that kind of energy is not that common in today’s pop music. That’s probably one of the reasons why I keep coming back to the handsome, steroid-enhanced, muscly cyborg arms of Scooter, even though I think that their best album is still No Time to Chill, and that was released ages ago. That’s not to say that they haven’t released wonderful tracks, it’s just that they haven’t come up with an equally strong album since then. I know it’s hard to write 12 masterpieces for one album, and writing even one immortal track per album, is an achievement.

Listening to Scooter always makes me want to write a HI-NRG eurodance four-to-the-floor rave hit pop song, but as I start writing, it always ends up becoming something else. I guess it’s a good thing, because getting inspired is way more valuable than just trying to recreate something. There are some Scooter influences in my music, but they’re quite subtle.

I think that Rave Teacher is a “safe” single, but it does assure me that the future of Scooter is still in good hands, and I’m looking forward to hearing more songs from this relentless posse.

2 thoughts on “Scooter – Rave Teacher (Somebody Like Me) review”