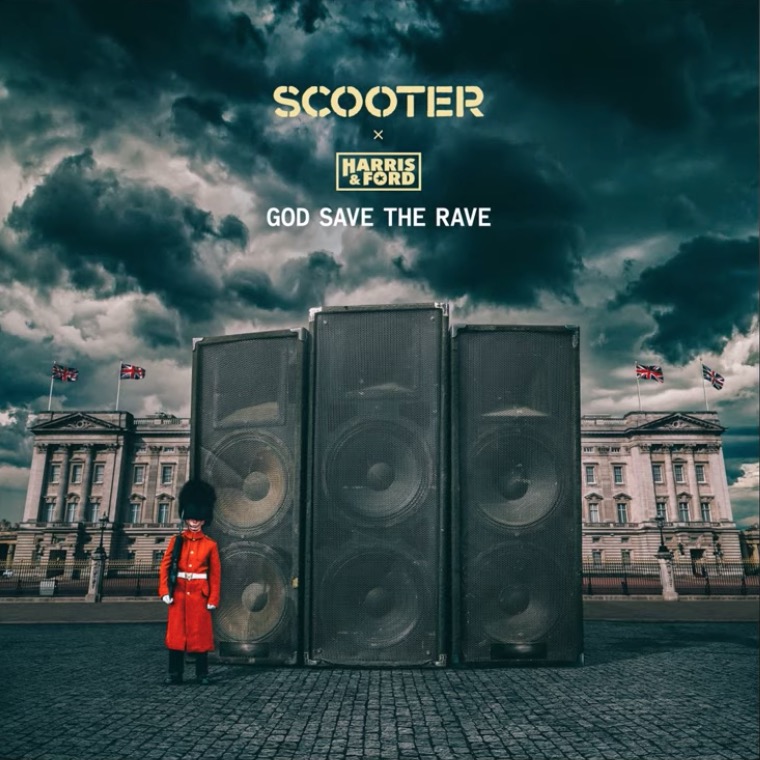 God Save the Rave is Sebastian Schilde’s second production with Scooter, and he doesn’t disappoint. The name of the song implies a classic rave sound, and that’s what we get. Of course this sounds more like the 2010’s than the 1990’s, and as there aren’t many other artists doing this kind of music these days, Scooter remains the king of the genre. H.P. Baxxter seems to reference this in the song, saying “I’m the last man standing, on a party neverending”.

Rave Teacher has a similar vibe, and it sure seems that under Schilde’s watch, Scooter is poised to release an album that plays on their strengths and legacy, while updating the sound. It’s hard to beat the classics, but they’re trying hard. Judging by the comments on the video, the fans seem to enjoy this quite a lot.

The end of the vocal line “I am the captain, my name is Dave” is intentionally left a bit out of tune, which brings a lot of “rave party live MC” vibes, and that same energy is delivered throughout the song. I wonder if Dave is the same David who doesn’t eat, from The Big Mash Up (the name of the album describes their songwriting philosophy quite accurately).

It’s hard to hear exactly what Harris & Ford did here, as the track sounds quite a lot like many earlier Scooter tracks. Still, whatever they did, seems to have led to a wonderful track. It would be nice to taste another fruit of this seemingly working collaboration.

I like the song, and could imagine blasting it out while on a road trip to Norway. Scaring all the sheep. Thinking how this soundtrack totally doesn’t suit this scenery, but I’d still rather have Scooter on the speakers than listen to modern yodelling. Listening to Scooter always makes me want to write a melodic banger, which is heavy, danceable and poppy at the same time, but when I start with that intention, it always ends up being way too soothing and soft. Damn.

I do hope that rave saves the UK from Brexit as well. I actually chose to concentrate my musical collaborations to Germany rather than the UK, because of the utter madness that’s going on there at the moment. Anyway, enjoy this fine Scooter track, which was made in the EU.

1 thought on “Scooter – God Save the Rave Review”