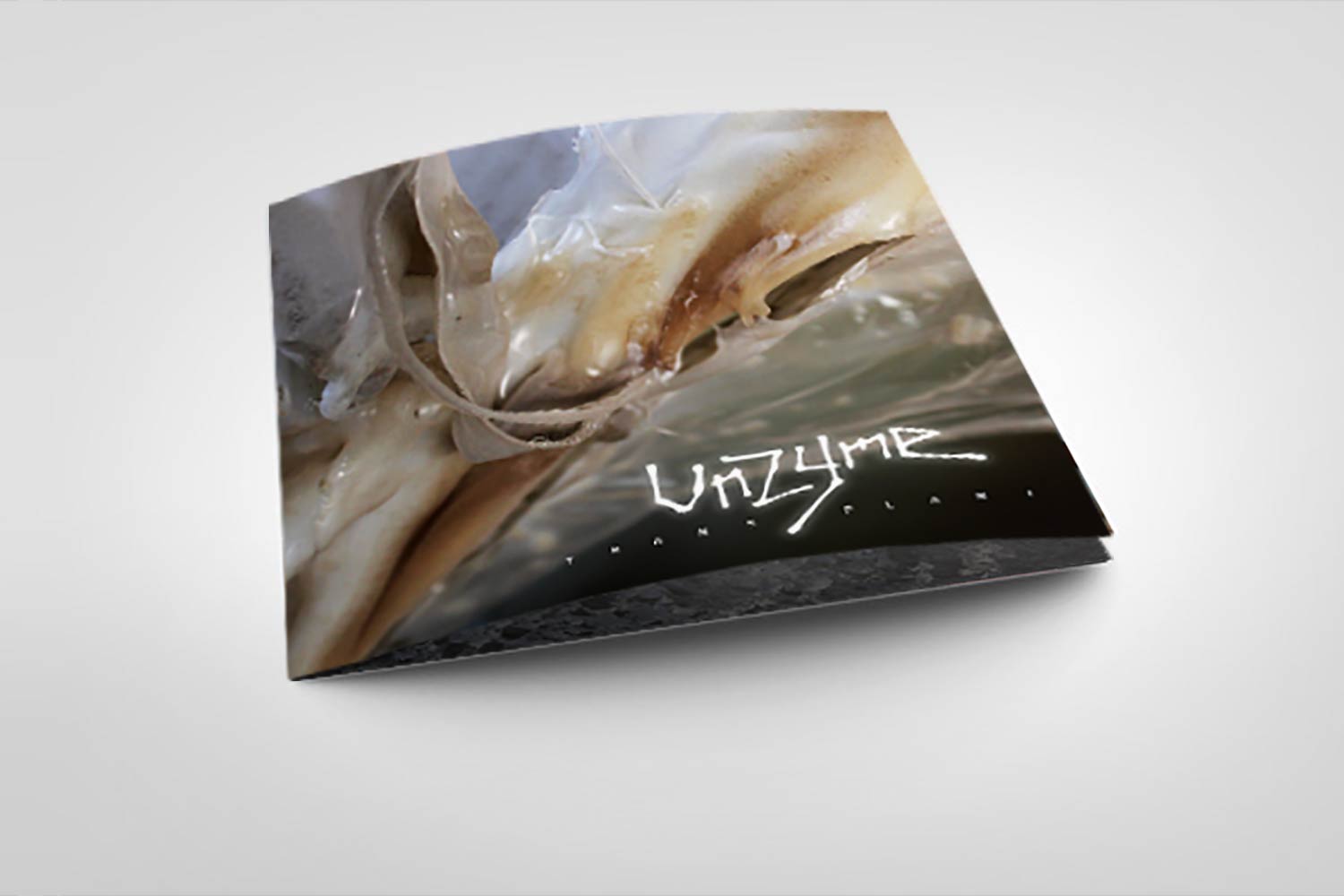 The age of the CD has come to an end, but cover art still lives on. I’ve decided that the physical form of Unzyme’s next album will be more like a magazine or a book, than a conventional CD package. I already entertained the thought, when designing the cover art for Override, and one copy of Brainforest was actually released in scrap metal format, but when I talked to some German music industry veterans (radio people) in 2014 at a Music Finland event, I was somehow convinced that it would be better to release the album in a format that can easily be archived among other albums. But this time I’m not going to listen to anyone else. I don’t even want it to be easily archivable. I want it to be a wonderful experience for the fans.

I’m going to design a big, 32-page magazine that will include lyrics, stories behind songs, a comic-style storyboard of “Extinction” (one of our forthcoming music videos) and a bunch of photos. There will also be a CD in a plastic sleeve, on the last page of the magazine. The size will most probably be 21cm by 21cm which is similar to the dimensions of a 7″ vinyl cover, just slightly bigger. It will be awesome!

The image above is not the final version of the album cover.

2 thoughts on “New album to be released in magazine format”