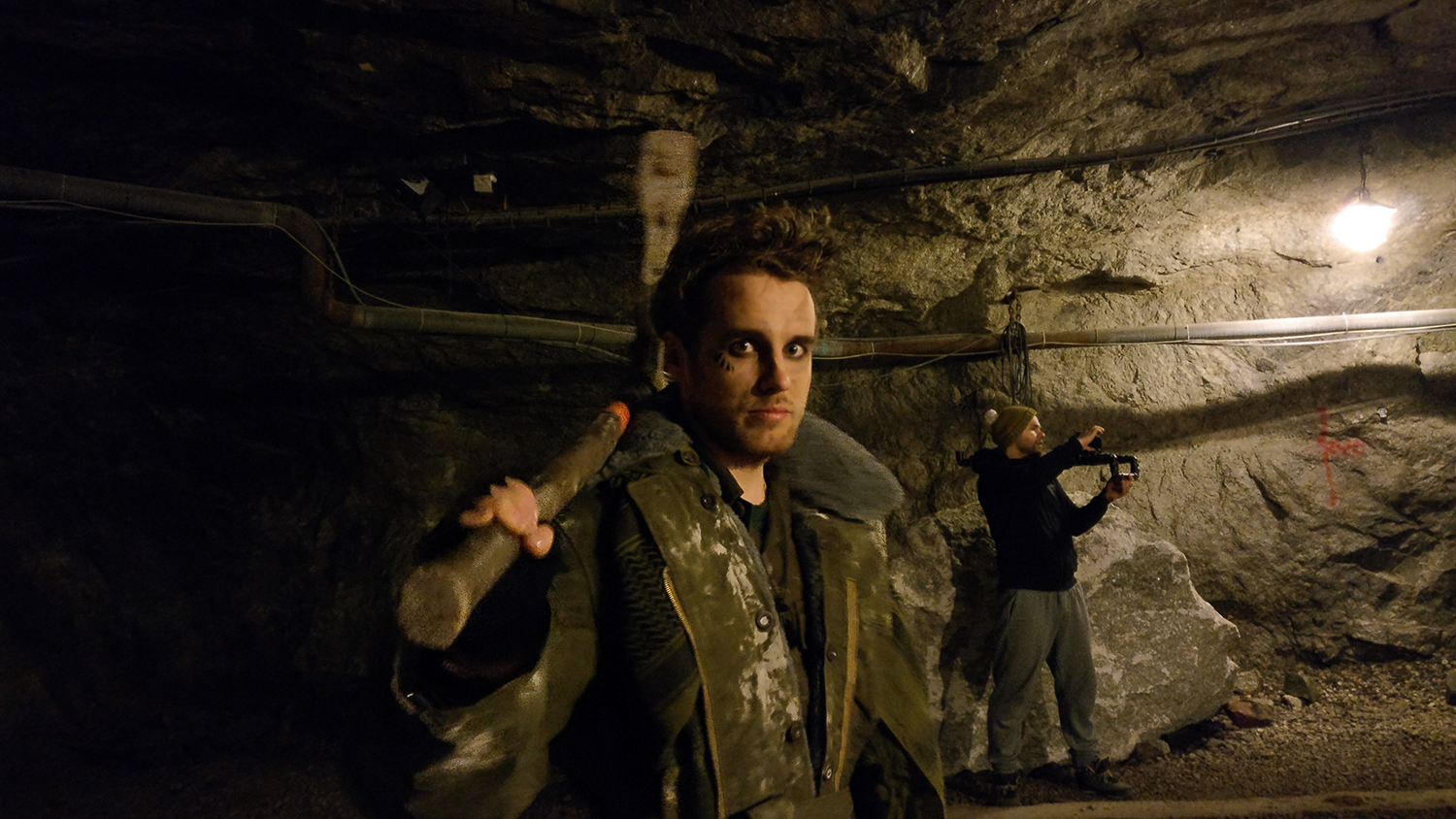 Hellou there! I’m Anniina Saari, a make-up artist and a professional in fashion and clothing. I’m the one responsible for the looks in Unzyme’s brand new music video Extinction.

The project started when Unzyme’s manager and music video’s executive producer Suvi Liukkonen contacted me and asked about my interest in co-operating on a cool music video project. And I was like “of course – count me in”. Suvi was an amazing producer who kept us out of cold, hunger and anger. She also helped me a lot with styling the characters and foremost got us amazing sponsorship. Luv ya Suvi <3

The project was interesting in so many ways: The video was shot 80 meters under the ground in the Tytyri Mine Experience in Lohja, the band members themselves acted in the video, we had amazing sponsors and thereby a possibility to make a visually interesting and qualitative video and the story is really captivating. And of course, the people I got to work with in this video are amazing and lovely.

The idea in the clothing and make-up was to make the mine people a homogenous group. They are a group of people who live underground and own just one set of clothes, which they wear all the time. The mine people are a fantasy tribe with this kind of apocalyptic road (or more like mine) warrior style. They also have their own “tribe” marks on their faces. I think mine people as survivors who have started to build a new life in hard conditions. And now their peace has been disturbed by the evil cyborg-clone-Joona who walks in and starts to eliminate the tribe members one by one. I wanted to make Joona look like an opposite to the mine people by making him tidy, straight-lined and non-human.

It was interesting and challenging to create a wardrobe and make-up style to a fantasy world. In co-operation with the band, Suvi, me, all the sponsors and the rich-in-ideas director Artur Kazmertsuk we managed to create an awesome and believable world, which I hope you’ll enjoy. 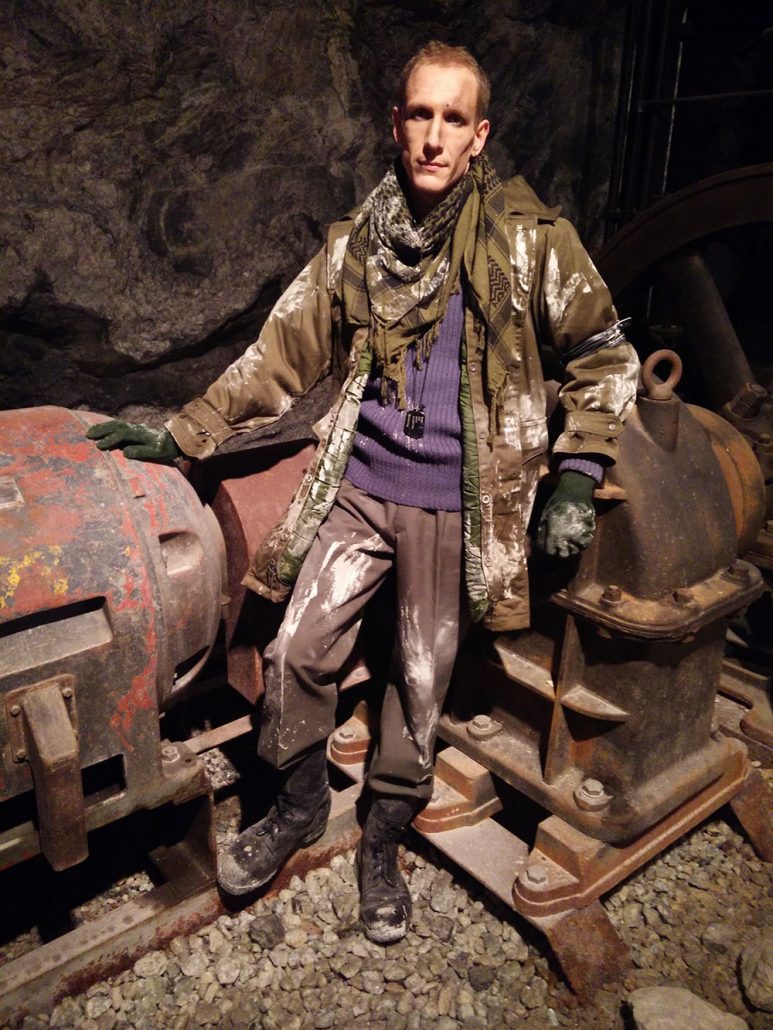 The colors gave me a headache. You, who have followed the band longer than I have, know that the lead scientist Joona loves and lives for the greens. It’s a really beautiful idea and I also love green, but now I had to break this many-year-long relationship between Joona and green. We had to argue (in a friendly way) few times and still we had our different opinions about the colors. I held my head and forced Joona to dress in black and I think that in the end the decision to keep Joona black, tidy and plain looks great – Hope Joona agrees.

Someone else can tell you more about the characters and their world, but this clone-character in the video is kind of an improved version of our lead scientist Joona. And in my books he is kind of evil-spirited and maybe the soft values are buried deep inside of him, as deep as the Tytyri mine is. So the color of his outfit is now black – hope the green will grow inside him.

The black captain jacket and straight pants are from Varusteleka. But I want to point out that I didn’t paint Joona all black! There are still some traces of the green left in him. Keep your eyes on Joona’s hypnotic green eyes. We used Magic Eye 1tone Sue Green contact lenses from Cybershop to make his eyes really capturing. I also colored the jacket’s buttons with green nail polish. So the color is still close to his heart.

Rest of the characters got green and gray clothes. The grey was chosen simply because it’s a convenient color to wear in a mine where your clothes get grey anyway. The green color is there to give the warrior-feeling. I also thought about the shape of the figure. The clone-Joona’s figure is really pointy, straight and hard and the other mine people have these softer, more loose-fitting and more round-shaped clothes. I hope this also tells the viewer that the values of the characters are mirrored in their clothes. 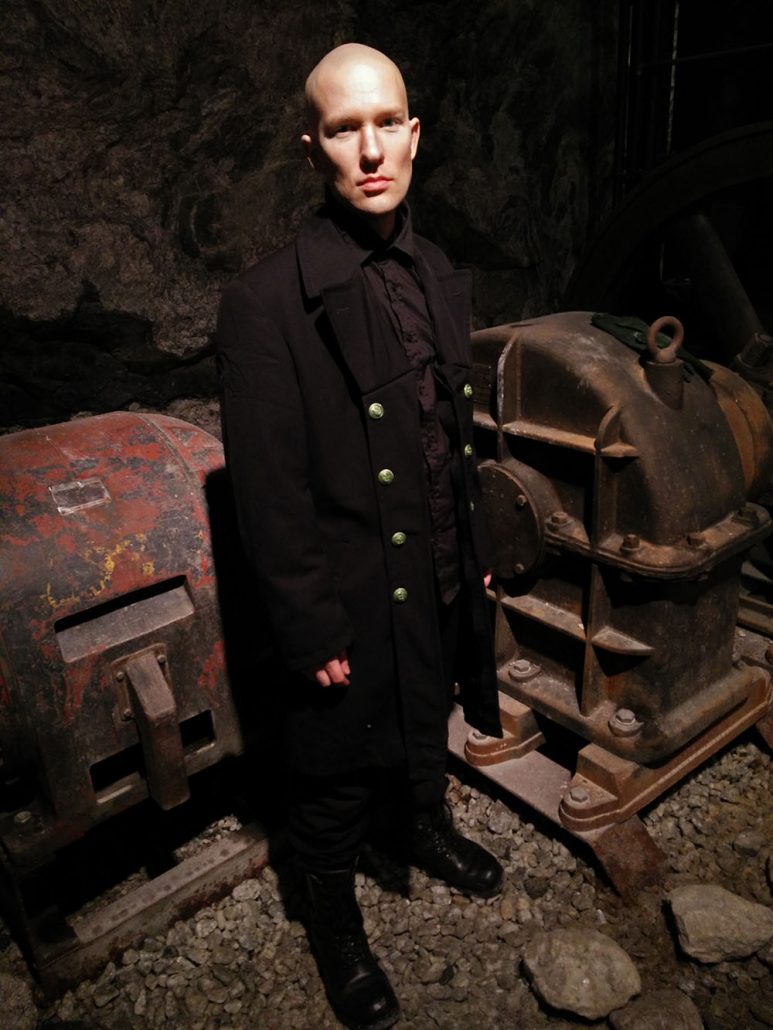 One of my favorite shops, Varusteleka, sponsored us with a big pile of clothing. I fell in love with these green great-quality jackets with grey fur and hoodies. I think also the actors loved the warm and comfortable jackets they got to wear the whole weekend. We also used green overalls and grey wool sweaters that kept us dry and warm. And I’m talking about we, because even I wore those clothes as I was watching over the shootings and as playing two different victims in the video.

We also got black combat boots that were both warm and safe to use on the gravel paths of the mine – and of course they also look bad-ass and cool! As soon as we got the mine people’s clothes on, they got to roll in mud and make their clothing as shitty as they had been living in the mine for years. Everyone else did this except Joona. We had to keep his clothing clean all the time, which was kind of a harder task than to get clothes dirty.

We made the mine people look homogeneous by using the same colors, same type of clothing and similar green scarfs (thanks Varusteleka). But there are a lot of small details in the video – details that gives every character a great personality. You really should watch the video several times; I can tell that you will find out something new every time. Every character has his/her own story and you can find out more about the character by keeping a close eye on his/her clothing, make-up, accessories and hairstyles.

Every character has a load of accessories that makes the same clothes look so different. We really have to thank Cybershop that made this rich and cool accessorizing possible. The most practical accessories were short and long sleeved fingerless gloves that gave a cool look, protected the hands from cold and all kind of scratches you easily get in a stony surrounding. I also fell in love with dog tag -necklaces every character wear in their personal way. Other practical and awesome and super-cool accessories were the black fake leather and braided bracelets that kept jacket sleeves on their places (also good for making too long sleeves shorter). And did I mention they look super-awesome and badass? 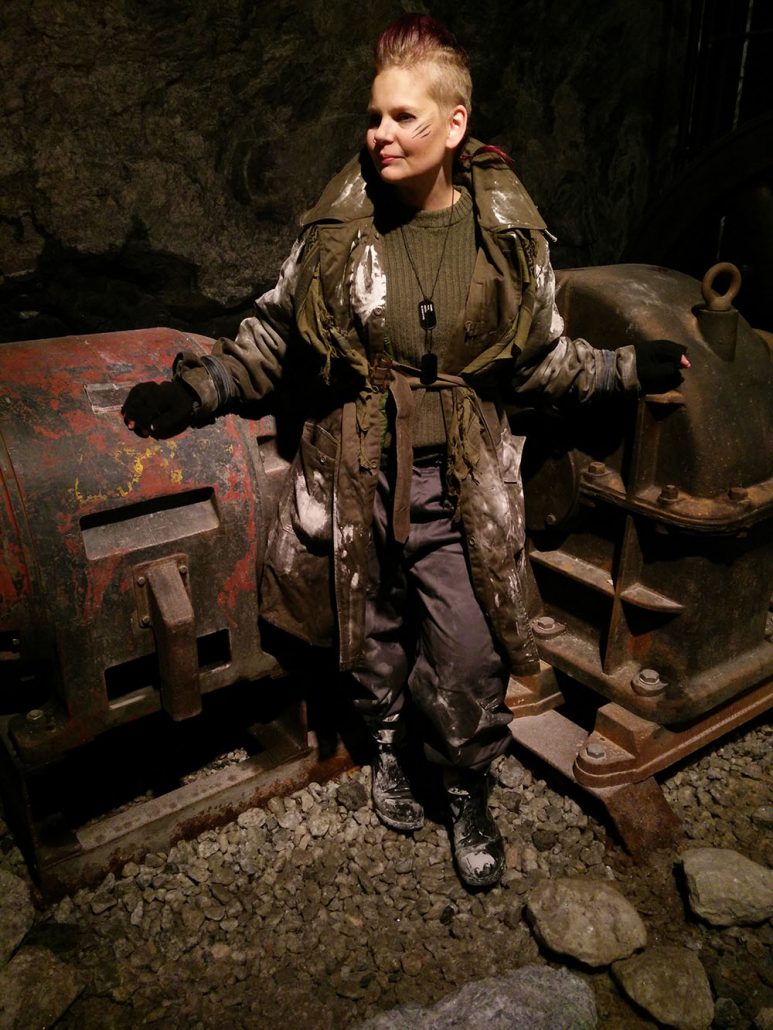 The idea for the make-up and hairstyles came from the mine. They had to be both practical and fierce. These mine people are survivors who live in this apocalyptic world, where you have to be as hard as the surrounding stone walls to survive. There are lot of beliefs and legends among people who work in the mines and I took some ideas from these beliefs – you never know what’s behind the corner when you run around in a mine! I made a strong eye make-up and messy upright hair that tells your opponent that you’re ready for a fight and not afraid at all.

All of the mine people had a quite similar (shit-around-the-face) make-up except for their signature warrior marks. In my mind every mark is kind of a victory mark from a fight and there’s a story behind every mark, but I think you should find out and imagine the stories by yourself!

Joona’s make-up is clean and simple-looking, just as his clothing. I made really harsh shadow effects and used white and shiny powder and eye shadow to make his skin shine in a supernatural way. The clothes and make-up makes him look like a cyborg, not quite human anymore.

Then there are these mysterious bar codes. You can find two different bar codes in the video, one on clone-Joona and one on warrior-Ville. You may have figured out already that there may be something connecting these two. What will happen in the end when these “two” (so many clones of Joona everywhere!) meet? I just love Ville’s confident smile and look in the end of the video. 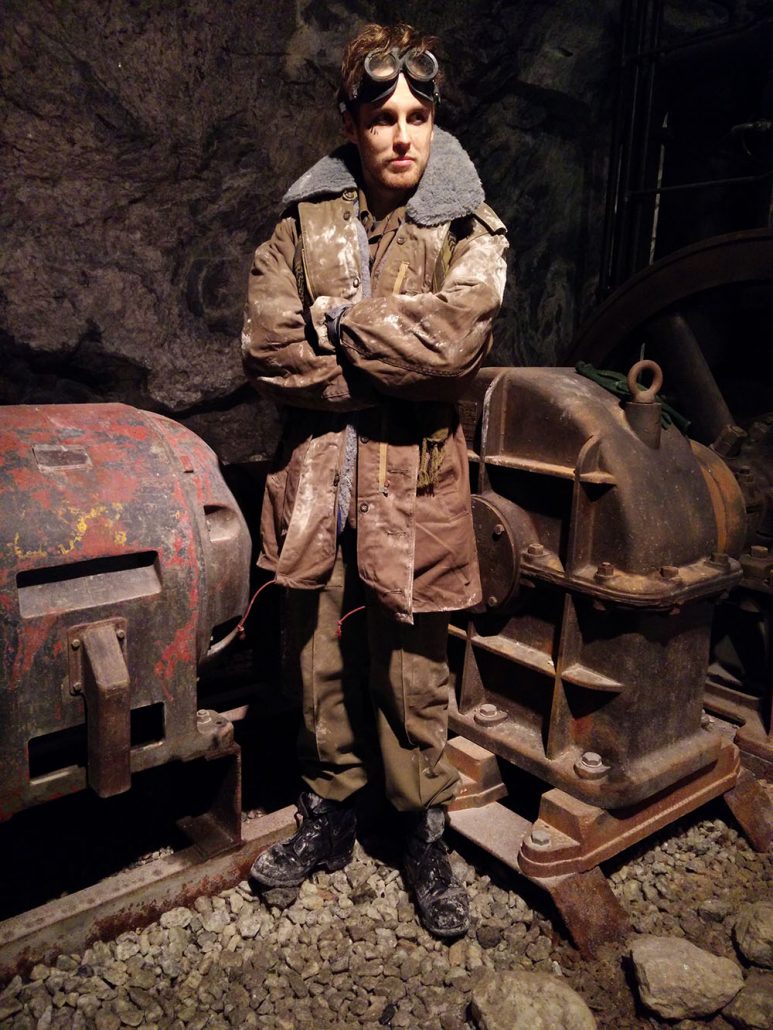 It was an amazing experience to work with these dudes and dudettes and I hope our journey together will continue! Lots of Love! <3