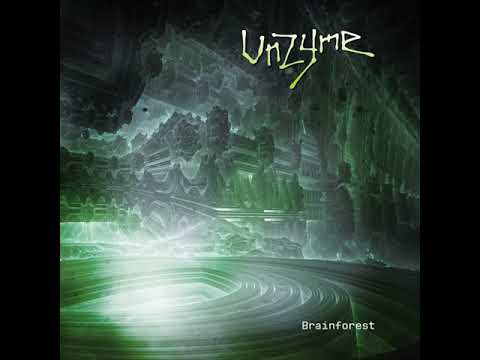 Unzyme’s debut album, Brainforest, in its entirety. Released in 2010, this was very much a DIY project from start to finish. We did everything ourselves, except the mastering of the album. Today we have a bigger team, but the same DIY way of working.

2010 was a transformational time in the music industry. As digitalists and future-oriented musicians, we always thought about how to release music in an interesting way. With Brainforest, it was fun to experiment with a lot of different release strategies – including selling all kinds of weird scifi devices that included the download code of the album. NFTs are kind of doing the same thing in digital form these days. Brainforest was probably the only album, for which having a physical version actually made some sense at the time. After Brainforest we were strongly headed to the German music market, where physical albums are still kind of relevant today, so the successive albums (Override and Transplant) were also pressed as physical copies. There’s a certain charm to reading the booklet while listening to your favorite album, but it doesn’t exactly justify the creation of the physical album. On Transplant we experimented with printing just the booklet, without the album itself, which is still a good idea, and we might do that again. Currently we’re working on Unzyme’s fifth album, Interference.